The sable is a rotund, barrel-chested antelope with a short neck, long face, and dark mane. Both males and females boast impressive ringed horns that rise vertically and curve backward. When they arch their necks and stand with their heads held high and tails outstretched, they resemble horses. This flexed-neck position makes sables appear larger than they really are. The males maintain this position even when they gallop, as the arched neck is an important manifestation of dominance.

As they grow older, sables change colour. Calves are born reddish-brown, with virtually no markings. As they age, the white markings appear, and the rest of the coat gets darker — the older the animal, the more striking the contrast. This antelope has the tendency to settle near water, in areas with good drainage and good grazing, putting them in direct conflict with humans who also value this type of land for agriculture and livestock. 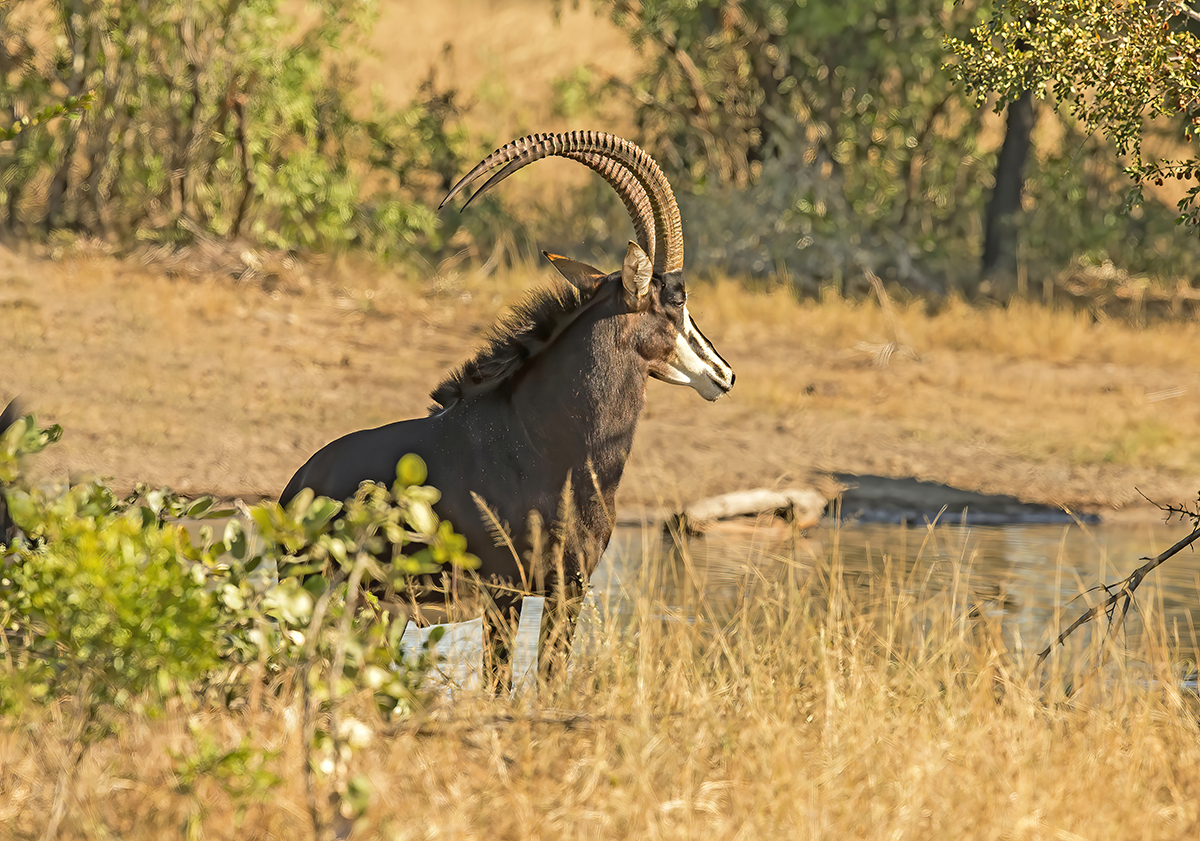 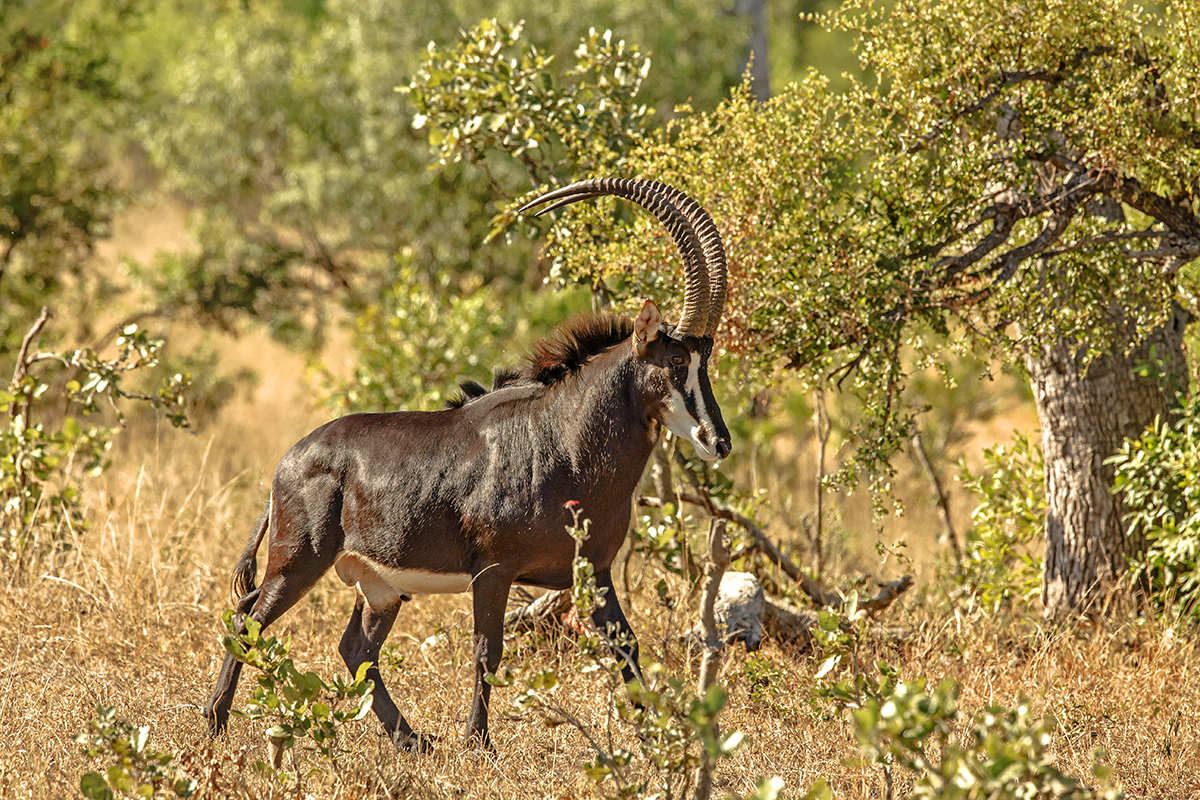 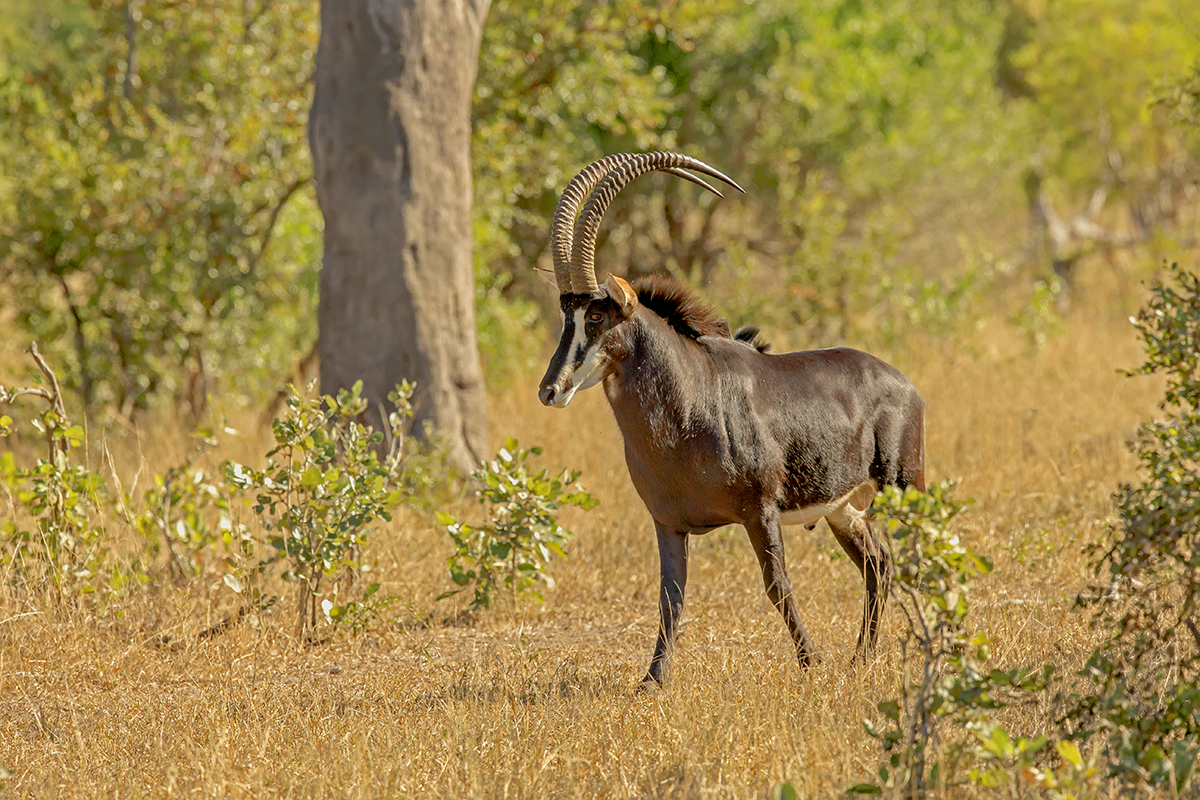 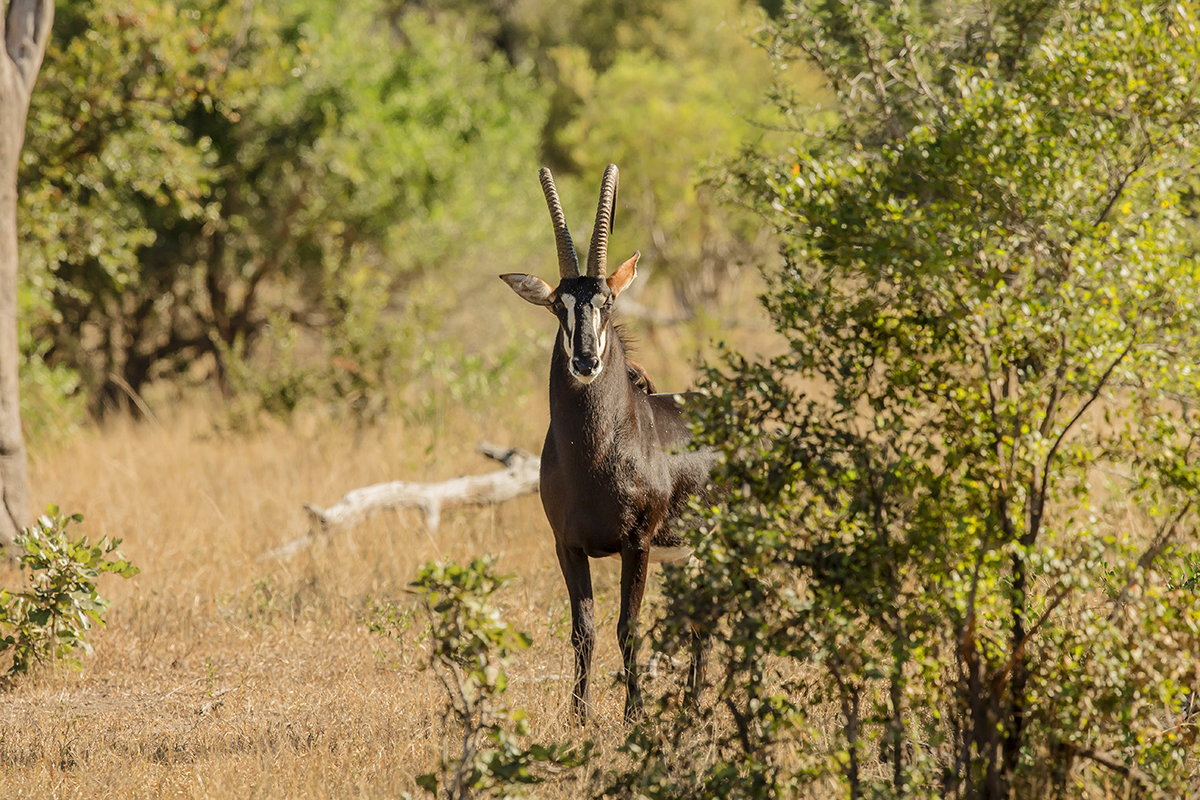 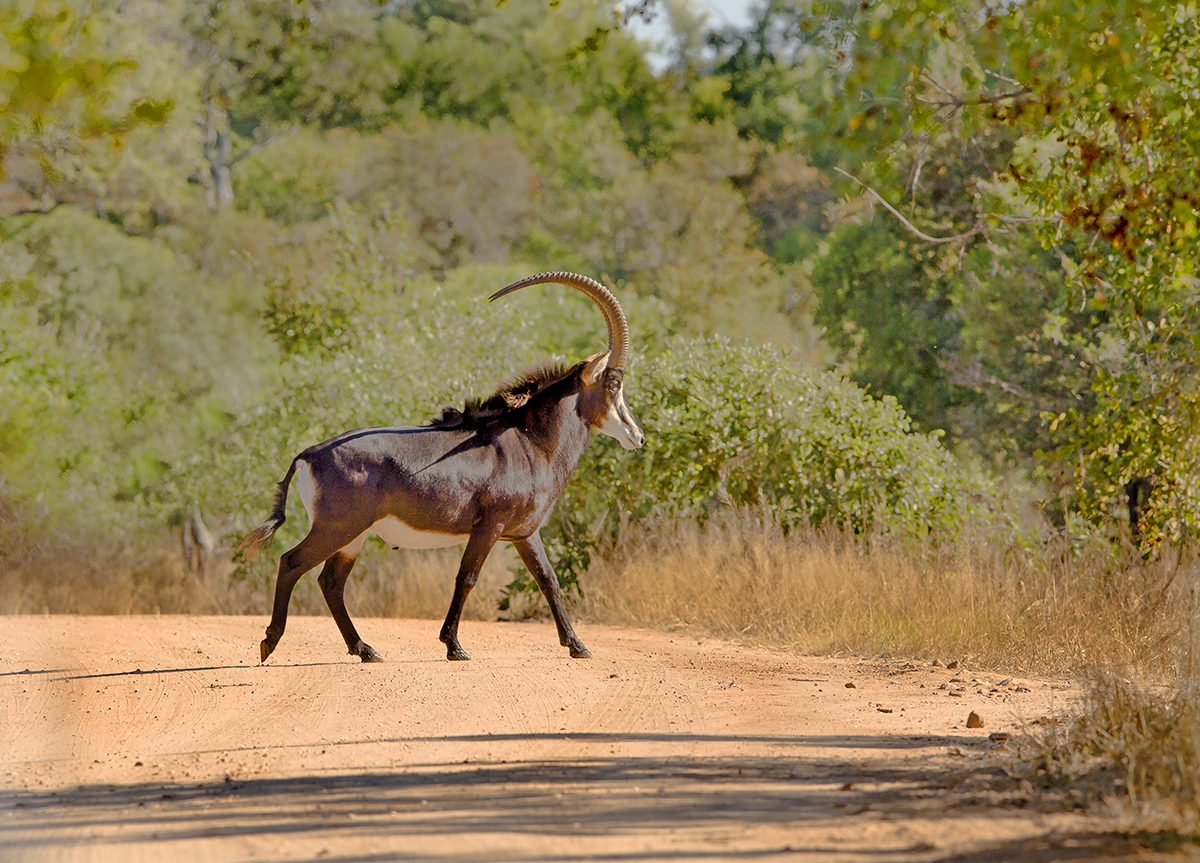