The greater kudu is a woodland antelope found throughout eastern and southern Africa. Despite occupying such widespread territory, they are sparsely populated in most areas due to declining habitat, deforestation, and poaching.

Male Greater Kudu tends to be much larger than females. They have a long fringe of hair on their throat and they have large that have two and a half twists in them. Their horns average 1.2 m (3.9 ft) in length and they only begin to grow when the male is 6 – 12 months old. When they reach 2 years old their horns will have one twist, but they will only gain the full two and a half twists when they reach 6 years old. 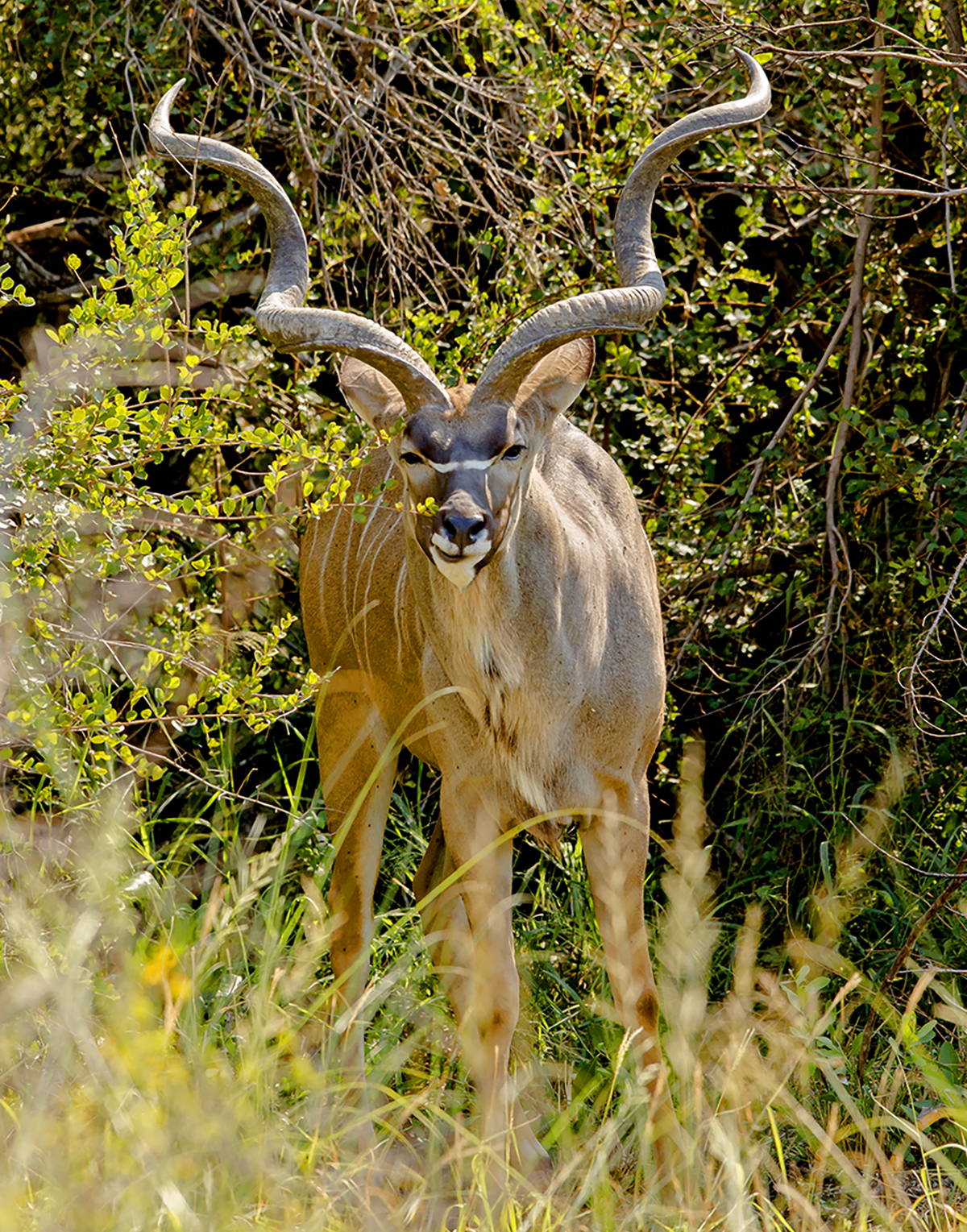 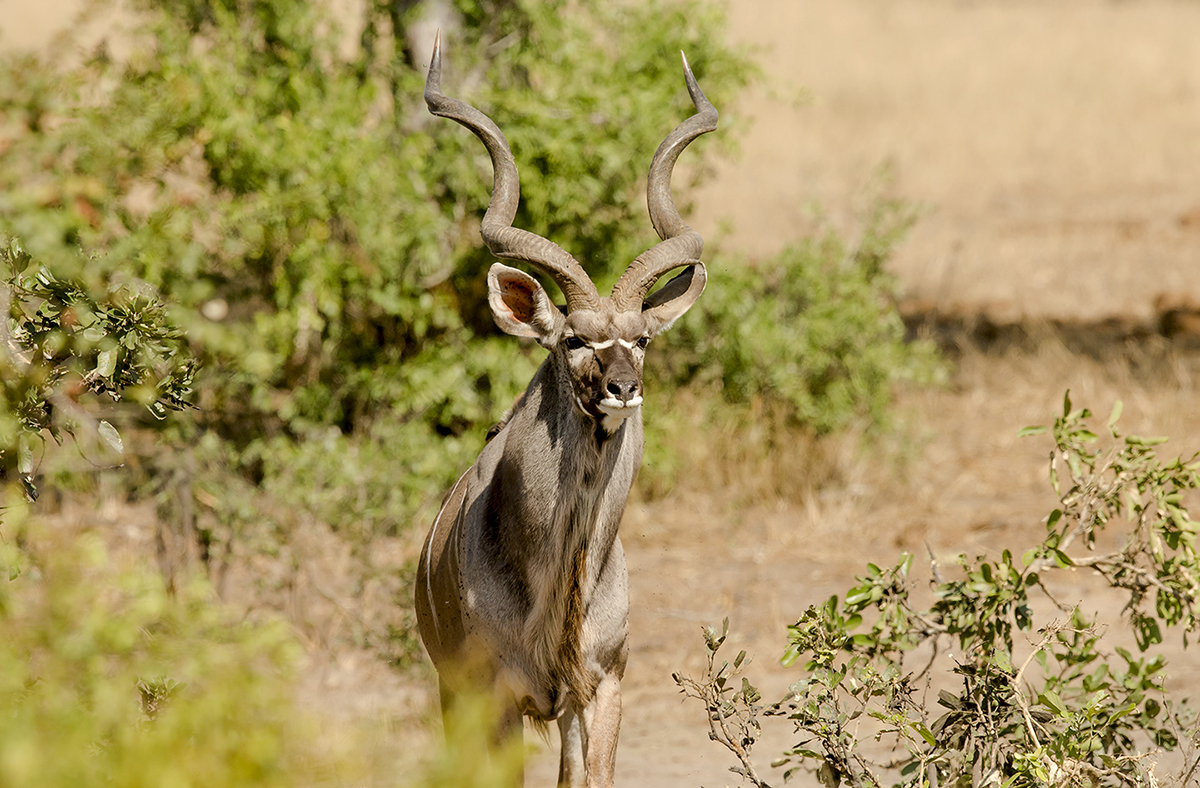 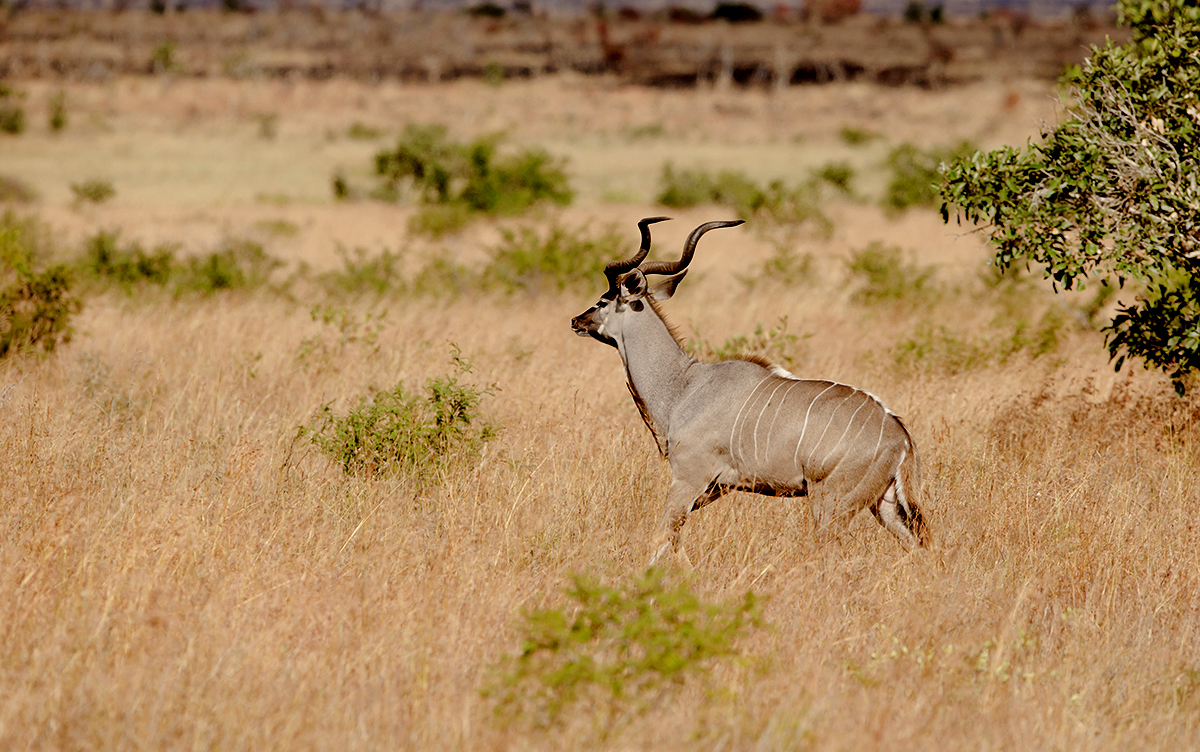 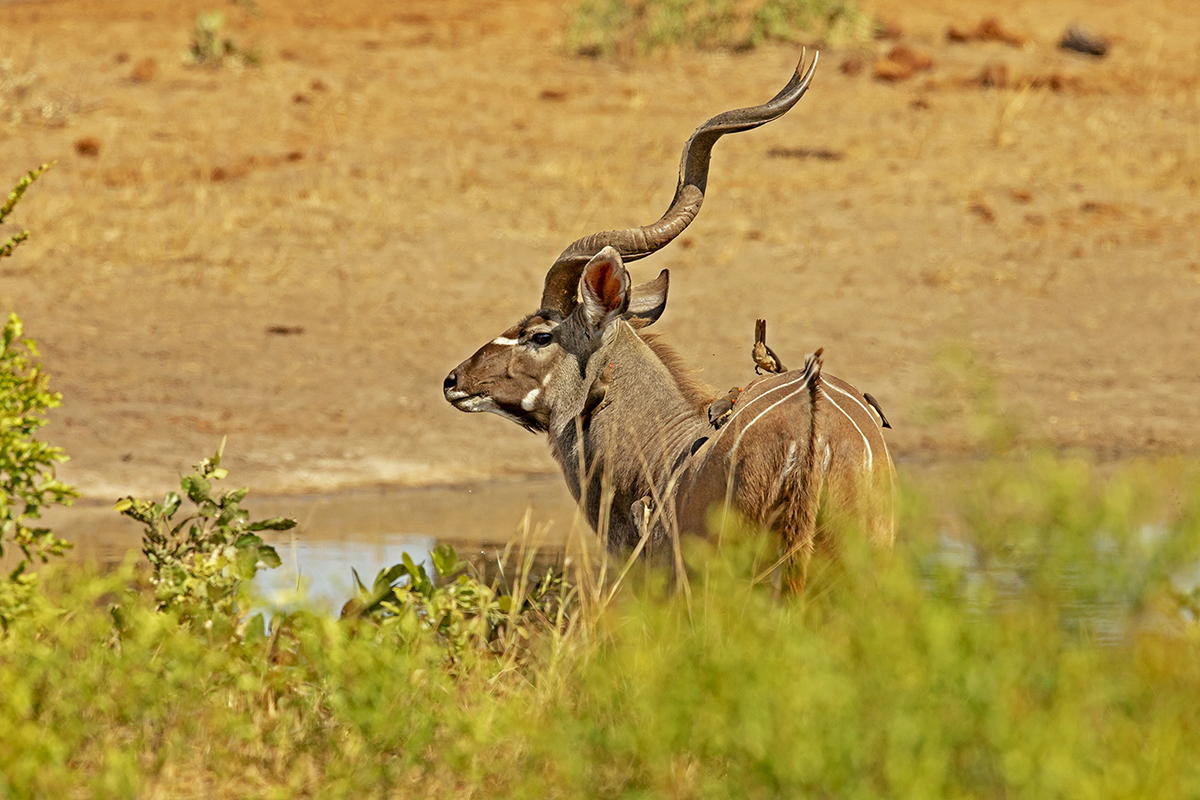