The hippopotamus, also known as the “river horse,” lives along the rivers and lakes throughout sub-Saharan Africa. Weighing up to 8,000 pounds, the hippo is the heaviest land animal after the elephant. Hippos seek refuge from the heat by living in water during the day, and at night they come ashore to feed on short, soft grasses and fallen fruit. The eyes and ears of a hippopotamus are on top of its head, so it can keep watch for enemies—mainly crocodiles—while lying low in the water. These giants are currently at risk from habitat loss 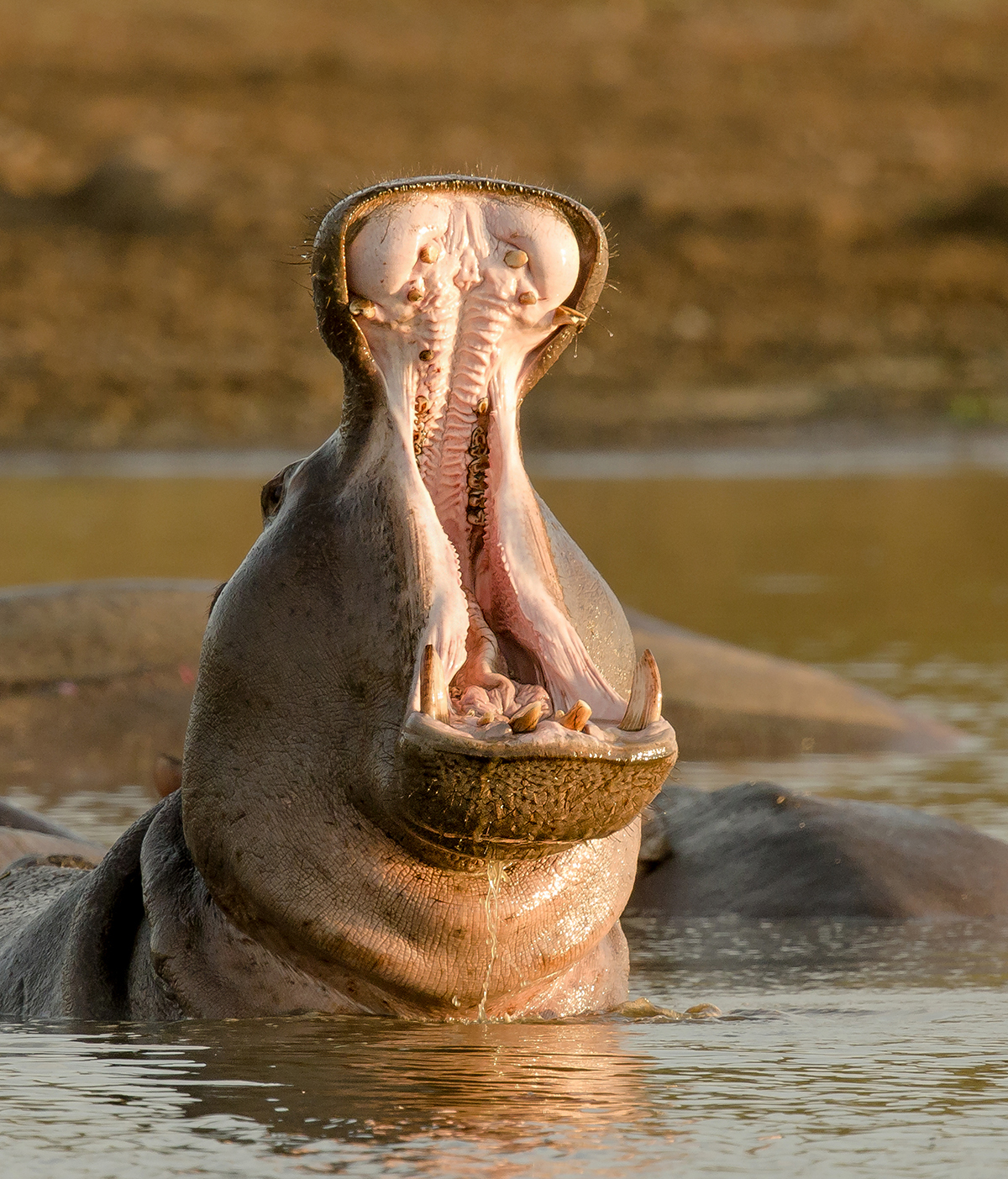 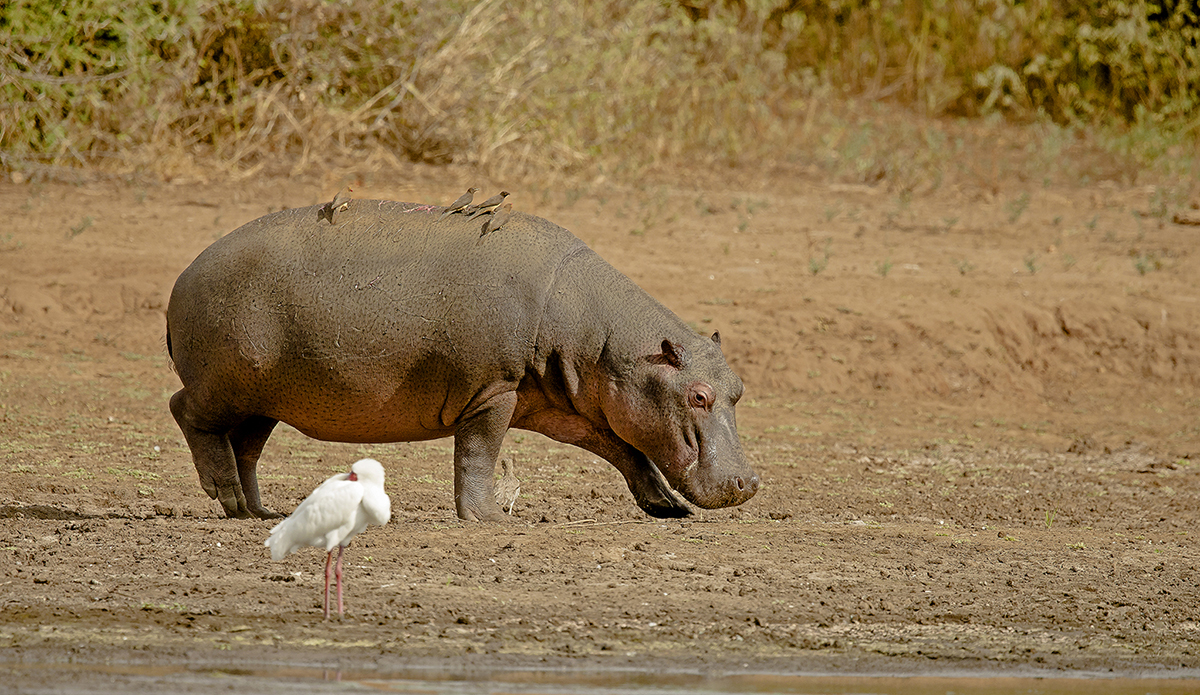 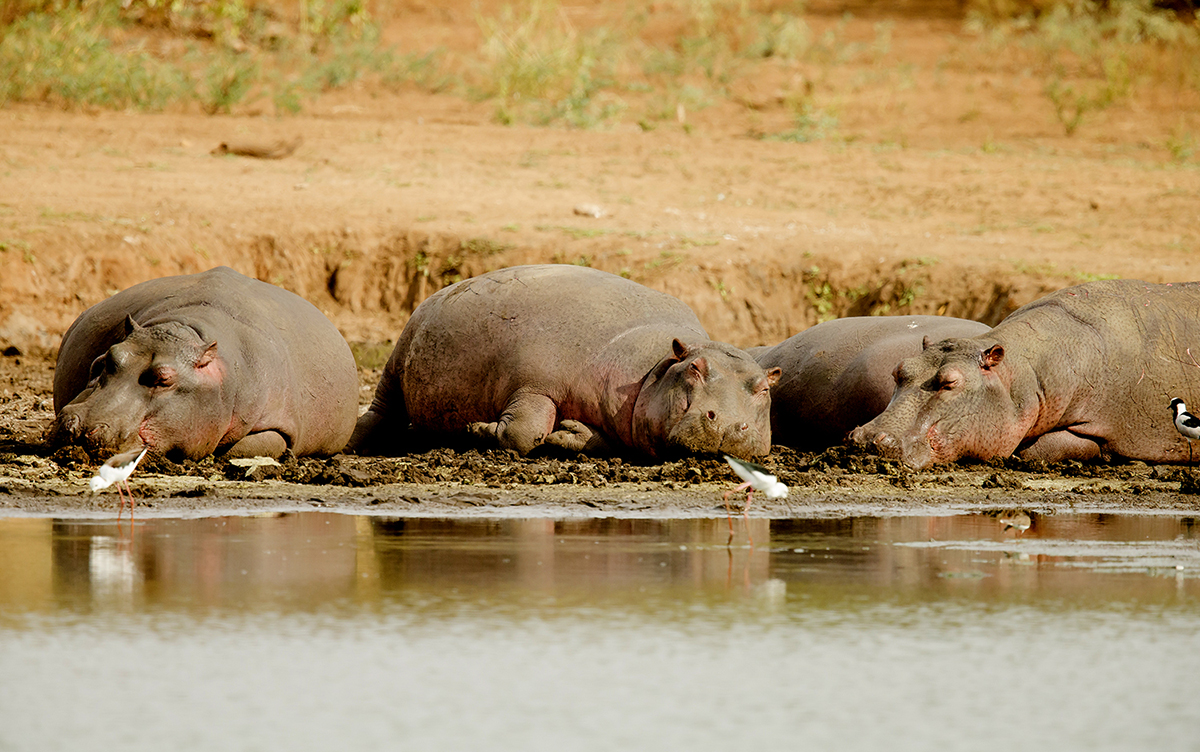 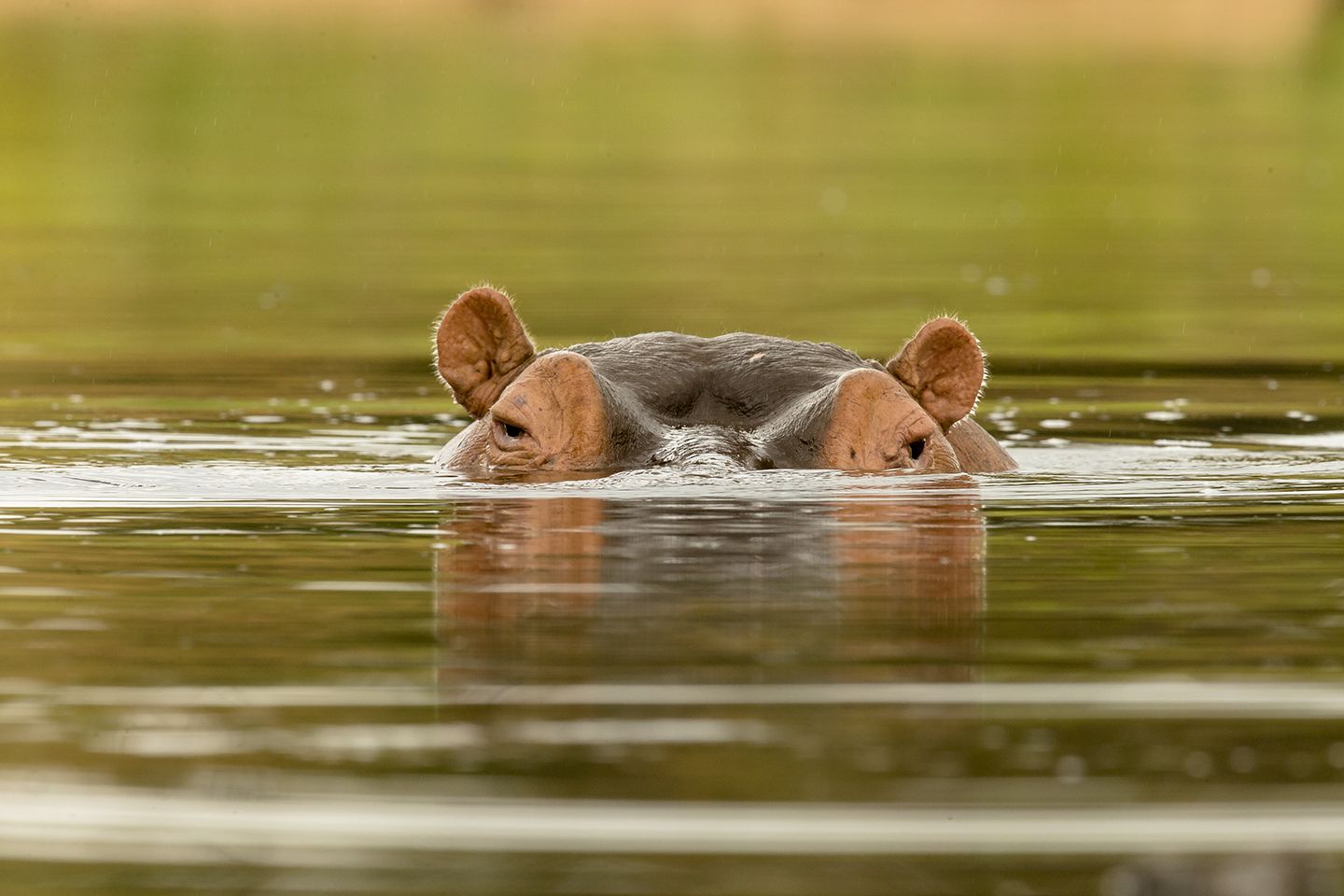 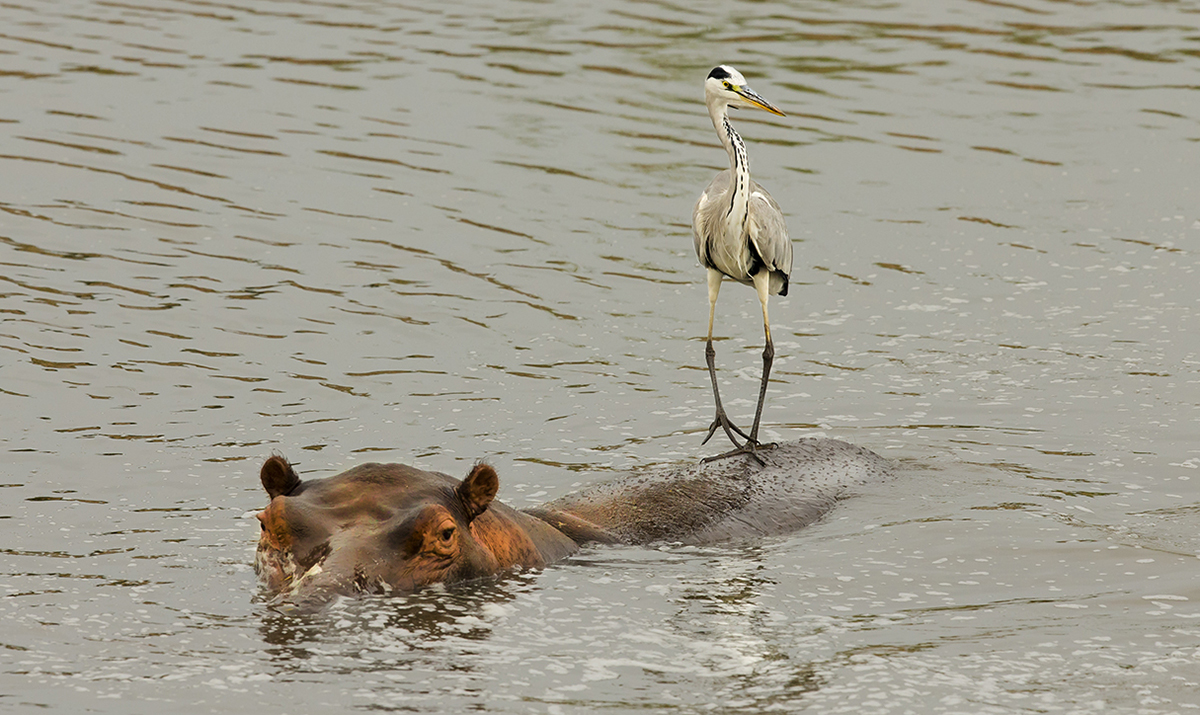 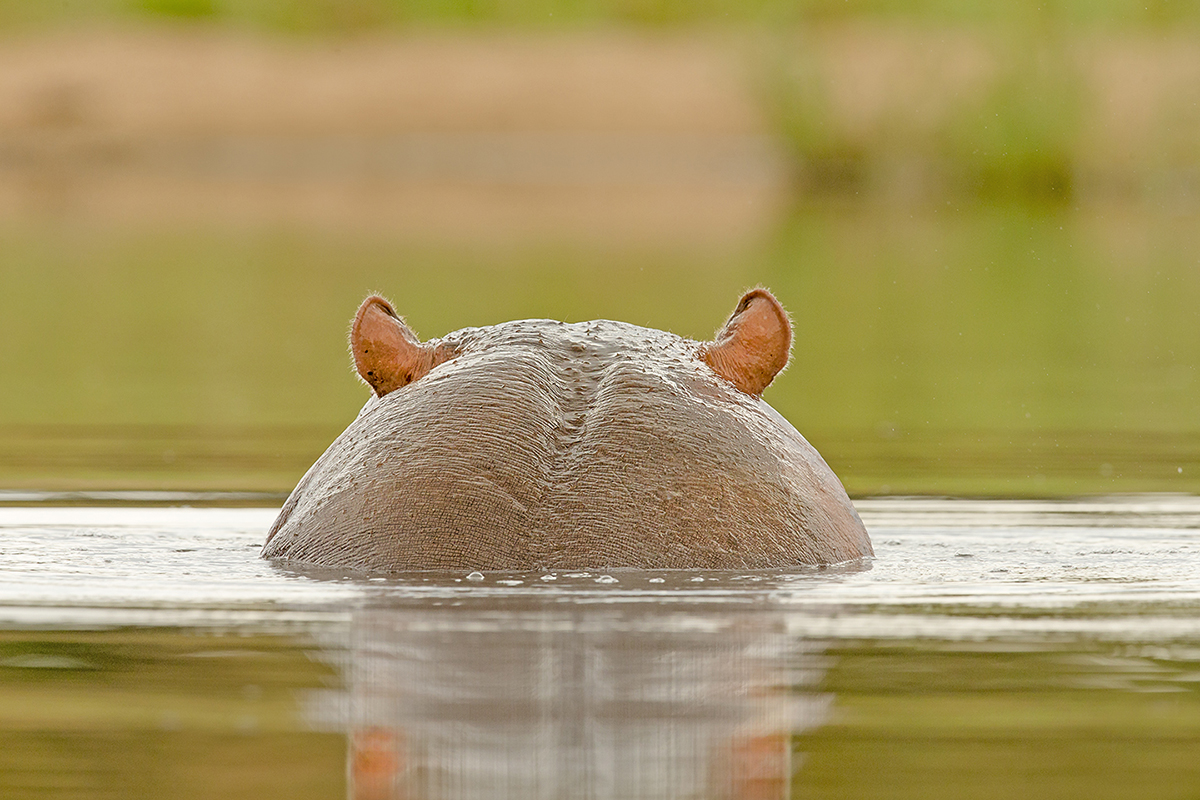 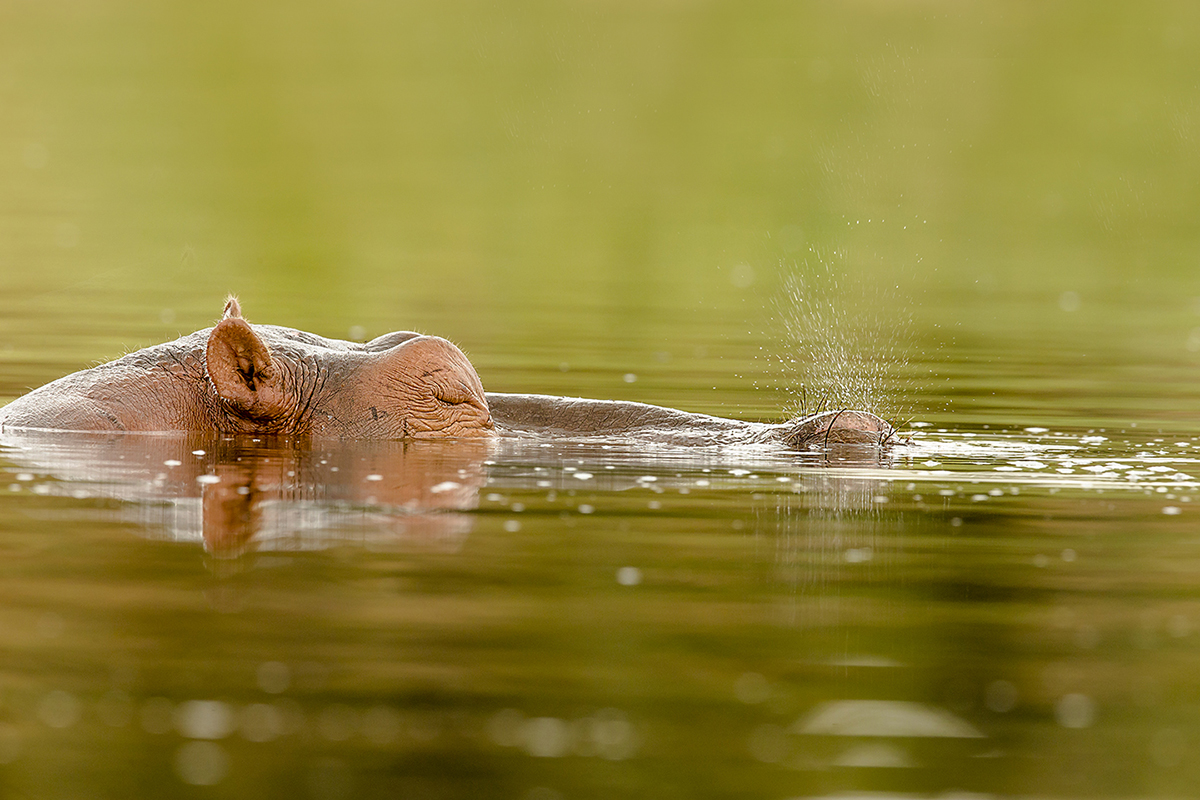 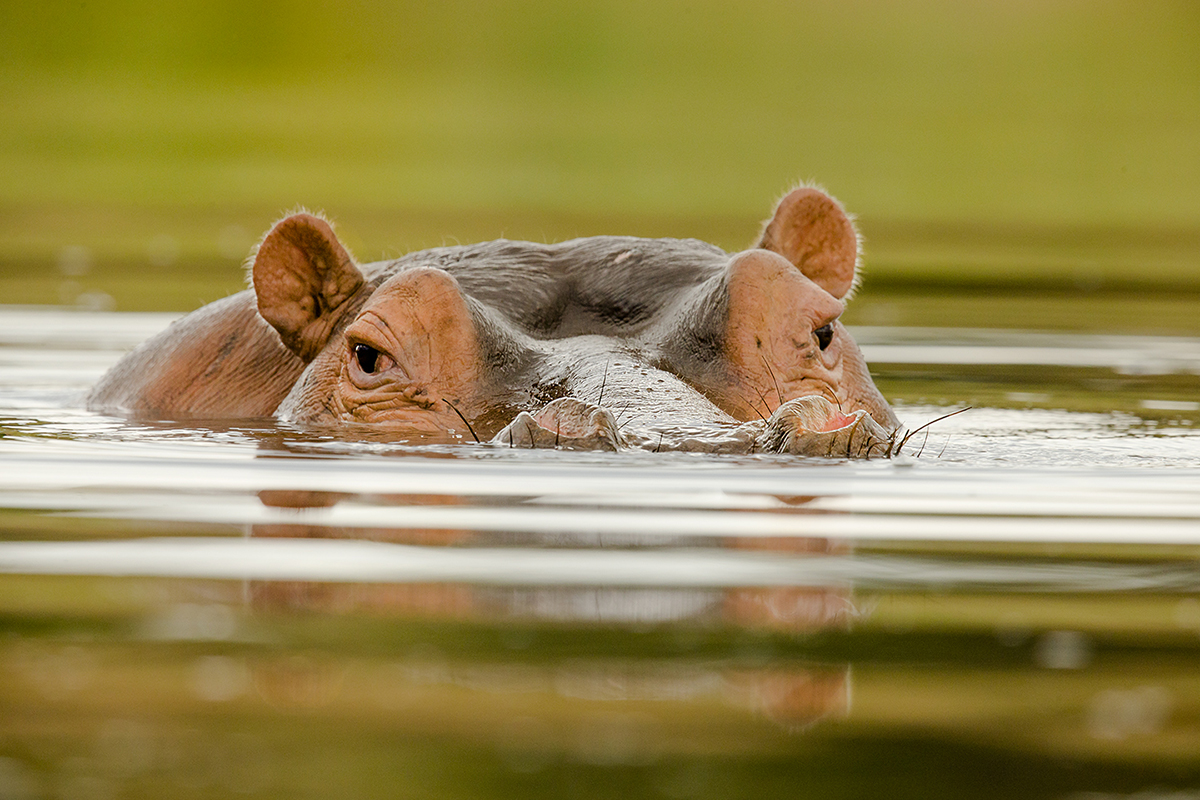 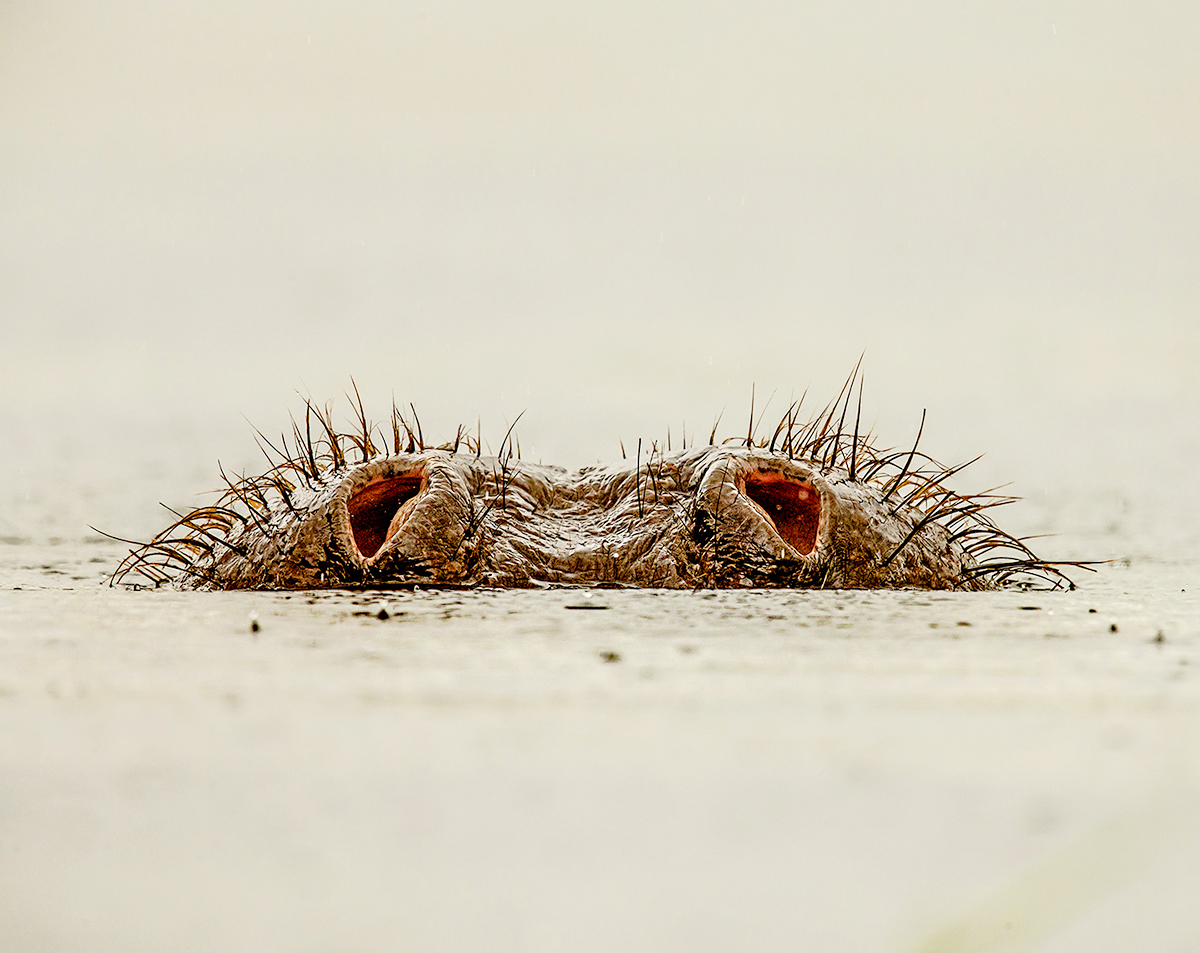 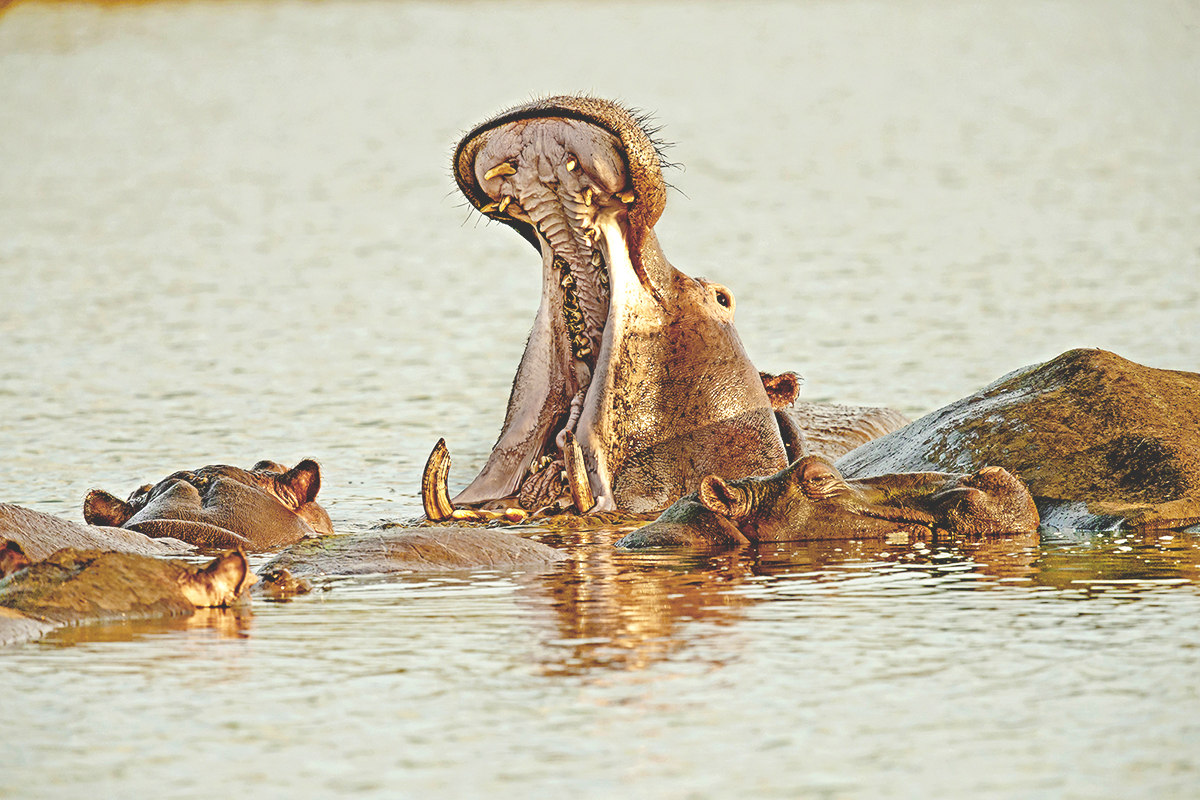