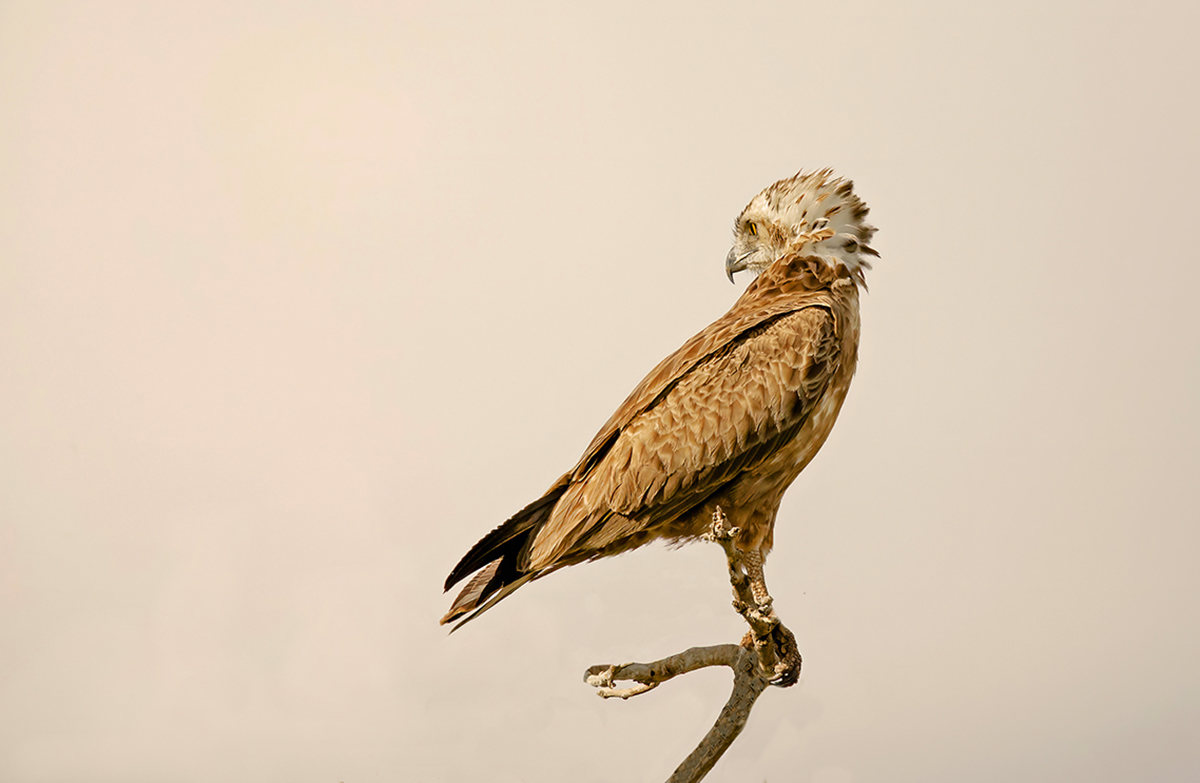 Brown Snake Eagles are the largest of all snake eagles. They live in dry habitats, with a range spanning much of western, eastern, and southern Africa.

Brown Snake Eagles are, as their name indicates, almost entirely brown. The head and body are dark brown, while the flight feathers are mottled white and the underwing is grey. The tail is brown with narrow white barring and a white tip. The cere, long bare legs, and feet are pale grey. The beak is black, and the eyes are yellow.

Juveniles are similar to adults but are sometimes lighter in colour, and the bases of their feathers are often white.

Brown Snake Eagles are quiet birds, only vocalizing in flight, during displays, or when carrying a snake. Calls are a hoarse “hok hok hok” and a softer “kwee oo” when around the nest. Much of their time is spent perched in a tree or at another high place such as an electricity pylon. They rarely glide or hover when flying.

They live up to 7 years.

They live in arid open and dense woodland, at 0-2,500 meters above sea level. They tend to prefer habitat more densely wooded they do not live in lowland forest areas, also avoiding treeless country and desert.

Brown Snake Eagles live across Africa, from Mauritania and Senegal east to Sudan and Ethiopia and south through Angola, Zambia, and Malawi to South Africa, a total range that spans from 18°N to 29°S. They are irruptive or local migrants: In western Africa, they move north during the rainy season following the water and south during the dry season. Juveniles disperse from breeding areas. There are approximately 10,000-100,000 individuals, over 3,880,000 km².

Most of their diet is snakes, though they eat other animals such as lizards, guineafowl and similar birds, and small mammals. Brown Snake Eagles take snakes up to 2.8 meters long, and often hunt venomous ones—they crush the head of any snake they catch to discharge venom, and they have thick, scaly skin on their legs for protection from bites. Despite those defences, spitting cobras have been known to blind them.

They hunt by swooping down from a perch and catching their prey on the ground. Unlike other snake eagles, they rarely or never eat in flight. 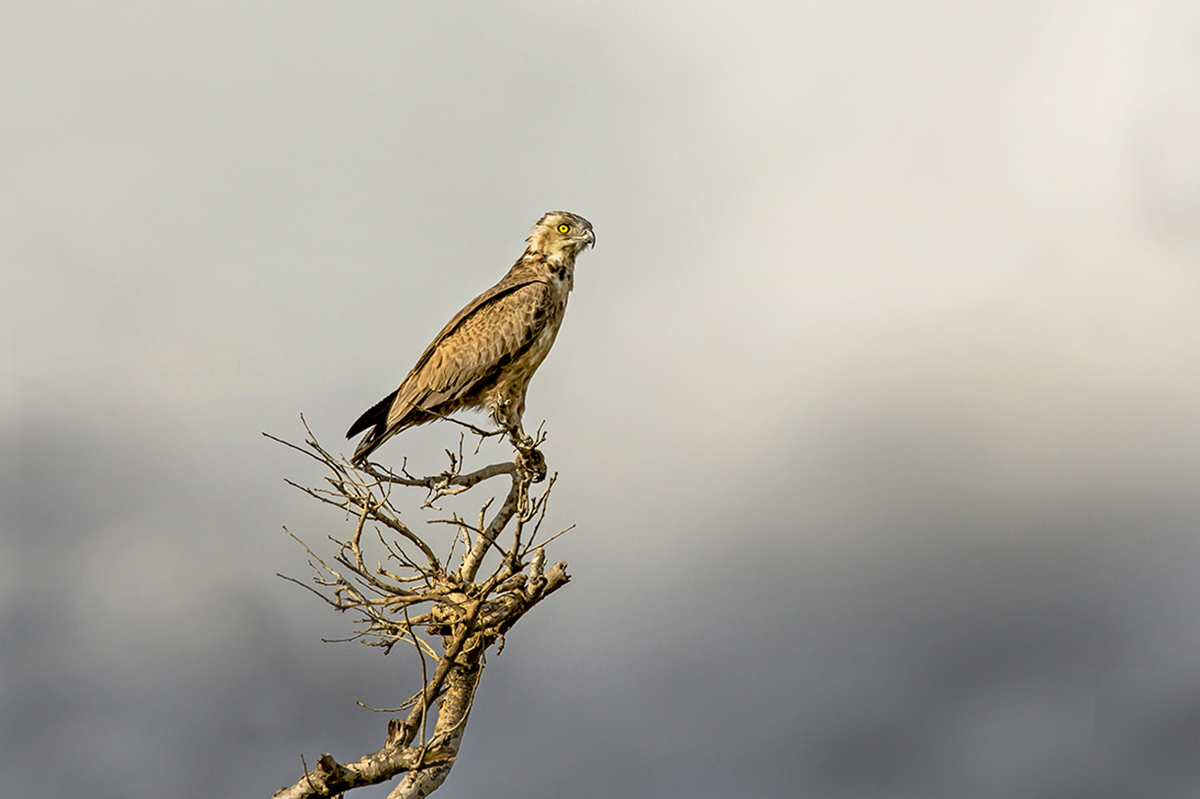