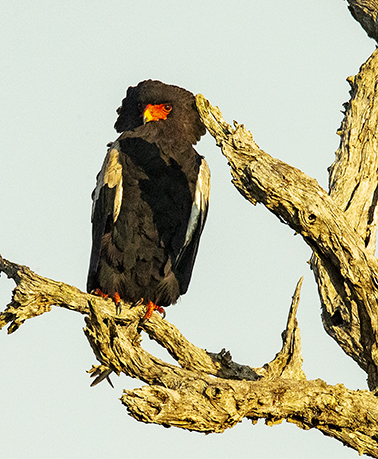 The Bateleur eagle is the most famous of the snake eagles. Bateleur is French for ‘tightrope-walker’. This name was probably chosen because of its distinctive aerial acrobatics.

Its pitch black feathers with white under the wings, bright red face and legs and black beak are characteristic markings. Unlike most creatures, female Bateleur eagles are larger than males. The plumage of a one-year-old bateleur is a uniform dark brown.

Around the third year, this plumage starts to turn into adult colours of black, white and grey. It can take an immature Bateleur up to 8 years to shed all their brown plumage and turn in to full adults. The bateleur has exceptionally long wings and a short tail so that its feet extend beyond the tail in flight.

The bateleur’s brown eyes are surrounded by facial skin that is a strikingly bright red, and devoid of feathers. As if to give a sense of artistic balance 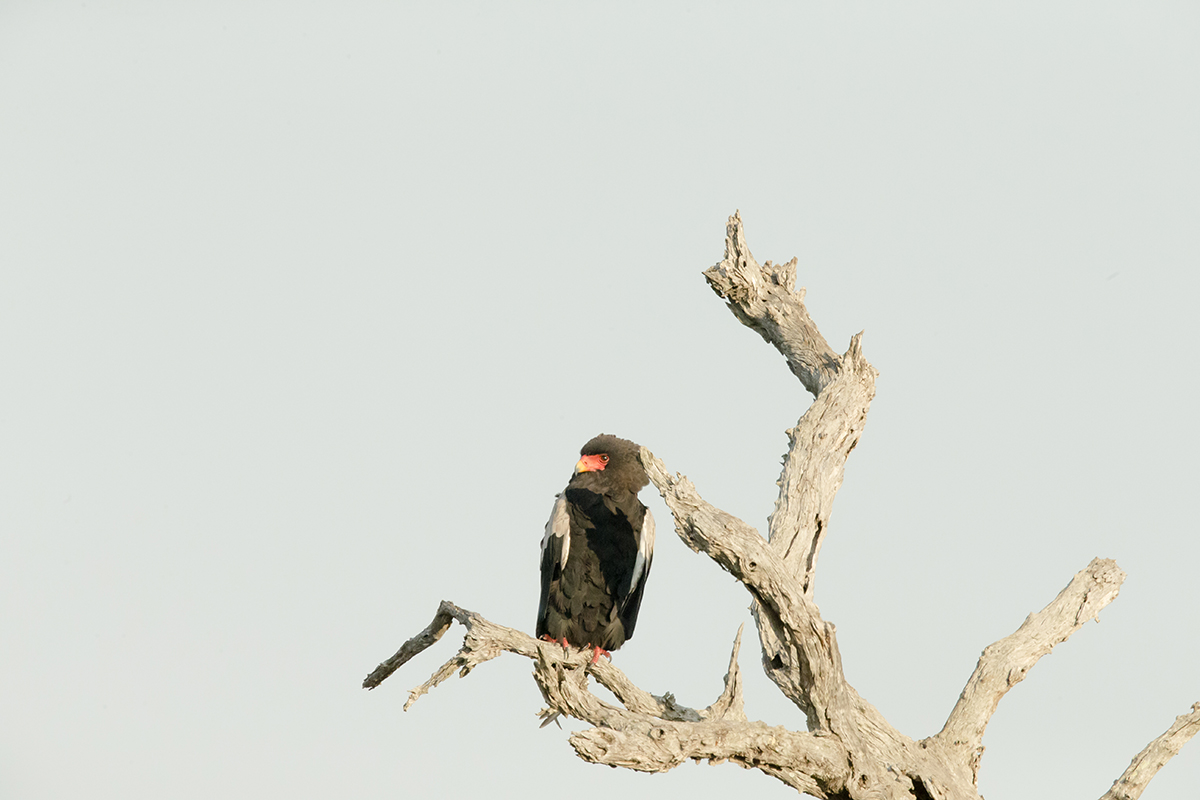 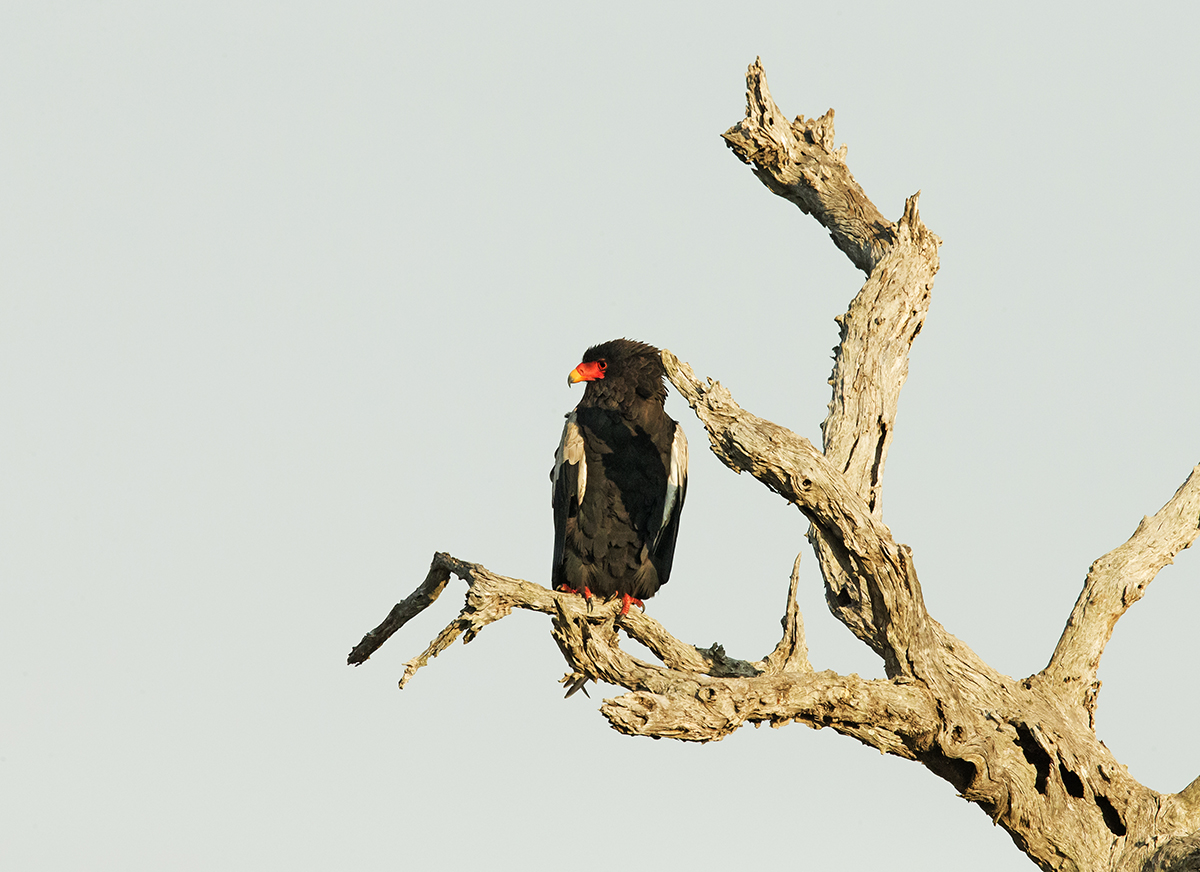 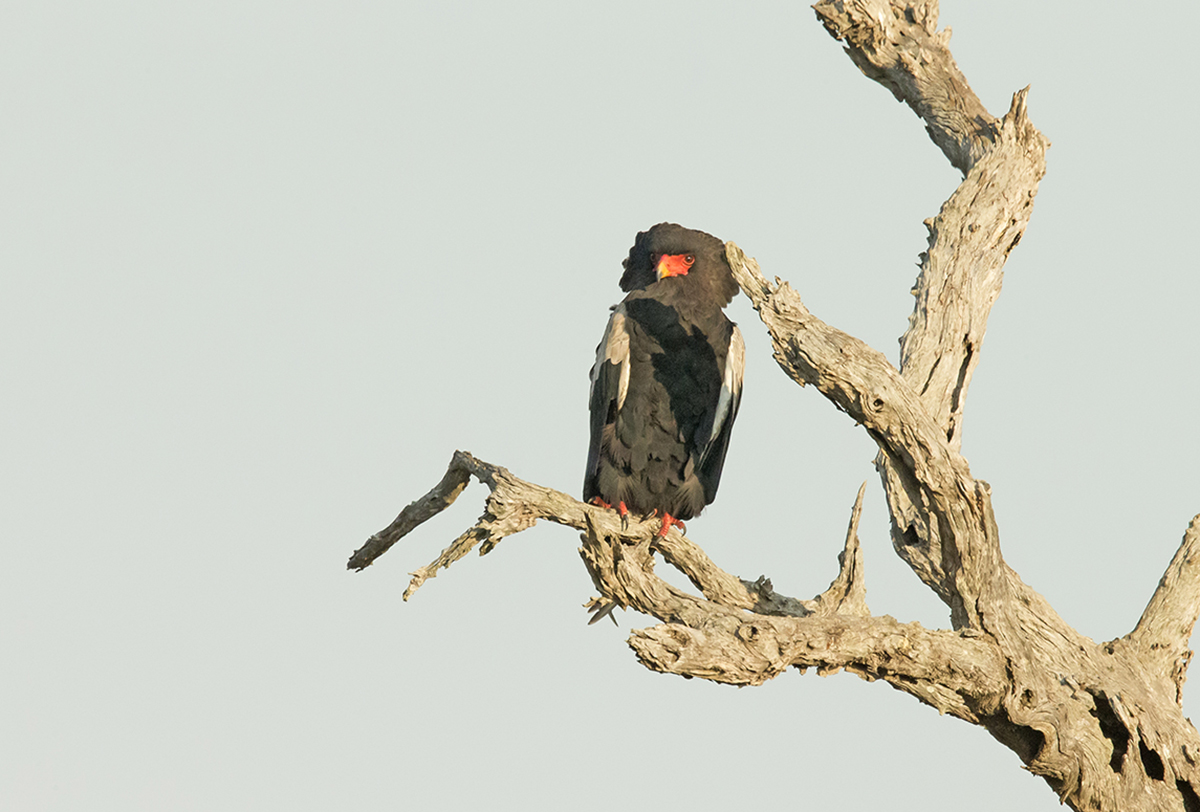