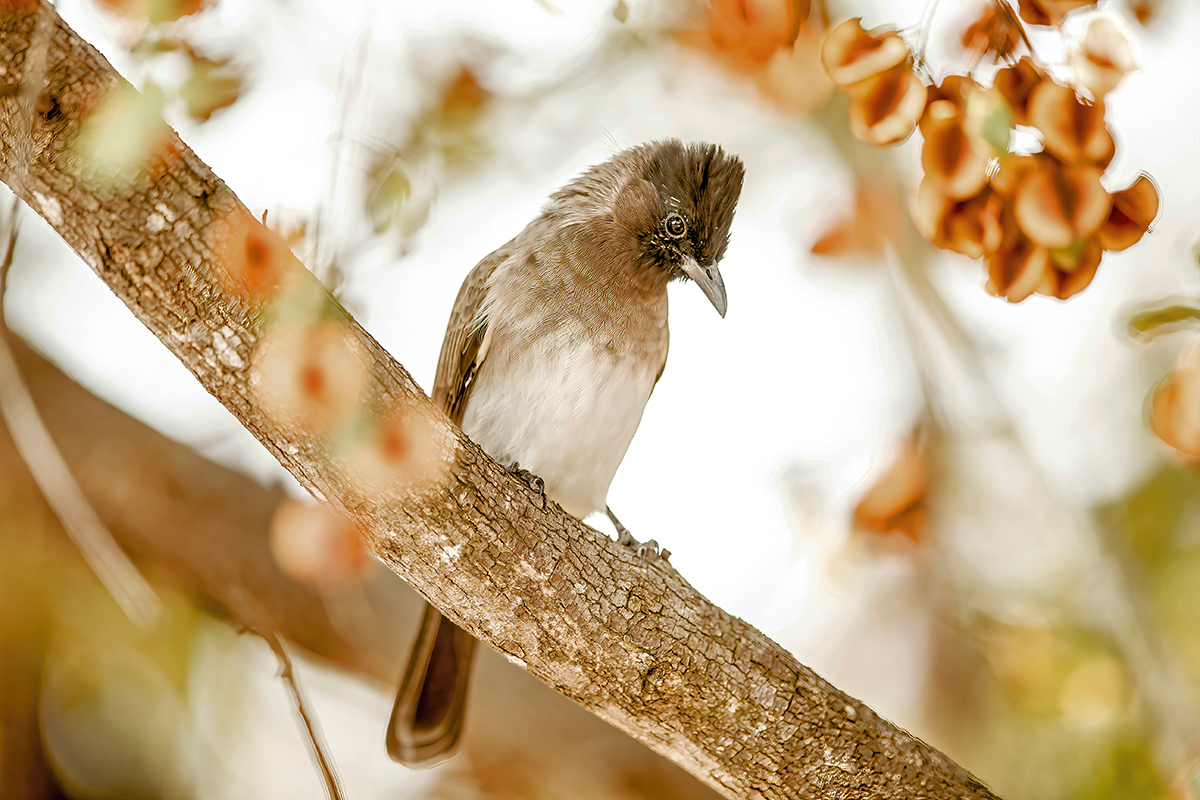 The Dark-capped Bulbul feeds aboreally on fruit and insects it gleans from the leaves and bark. It also feeds on the ground and hawks insects in the air. BREEDING It nests from September to April throughout KwaZulu-Natal. The nest is a thin-walled neat cup of twigs and plant fibres lined with finer material and hair placed in a forked branch far from the trunk.

The Dark-capped Bulbul is the 7th in the series of the birds of the Kruger National Park, which I am currently sharing. Enjoy! Just like the Red-billed Buffalo Weaver, this bird was photographed in front of the bungalow where we stayed in the Satara campsite. It was pecking around on the ground together with various other birds like the Crested Barbet, Red-billed Hornbill, Cape Glossy Starling, a variety of doves, some House Sparrows and the Red-billed Buffalo Weaver as mentioned.

The Dark-capped Bulbul is mostly greyish-brown above and whitish-brown below, with a distinctive dark head and pointy crest on top of the head. The back of the head merges into the brown of the back, and the chin is also blackish. The underparts are grey-brown apart from white or yellow, depending on the subspecies, around the vent. It is about 18 cm in length, with a long tail. It has a dark brown head and upperparts. Sexes are similar in plumage.

The Dark-capped Bulbul is a Southern African bird that belongs to the Pycnonotidae bird family group which includes birds such as Bulbuls, Nicators. The description for the Dark-capped Bulbul (Latin name Pycnonotus tricolour) can be found in the 7th Edition of the Roberts Birds of Southern Africa. The Pycnonotus tricolour can be quickly identified by its unique Roberts identification number of 568 and the detailed description of this bird is on page 766.

This Dark-capped Bulbul was photographed in the Kruger National Park recently by Andrew Acker. It is leucistic, showing paleness on most of the body instead of the normal darker colour.

that Dark-capped Bulbuls have variable digestive assimilation efficiencies related to dietary nutrient density, particularly if there is a nutritional or digestive trade-off or constraint. It was also hypothesised, however, that the 74 Downs bulbuls would show a preference for a nutrient-dense diet (mealworm) compared with a nutrient-dilute diet (apple) because of the nutritional benefits. 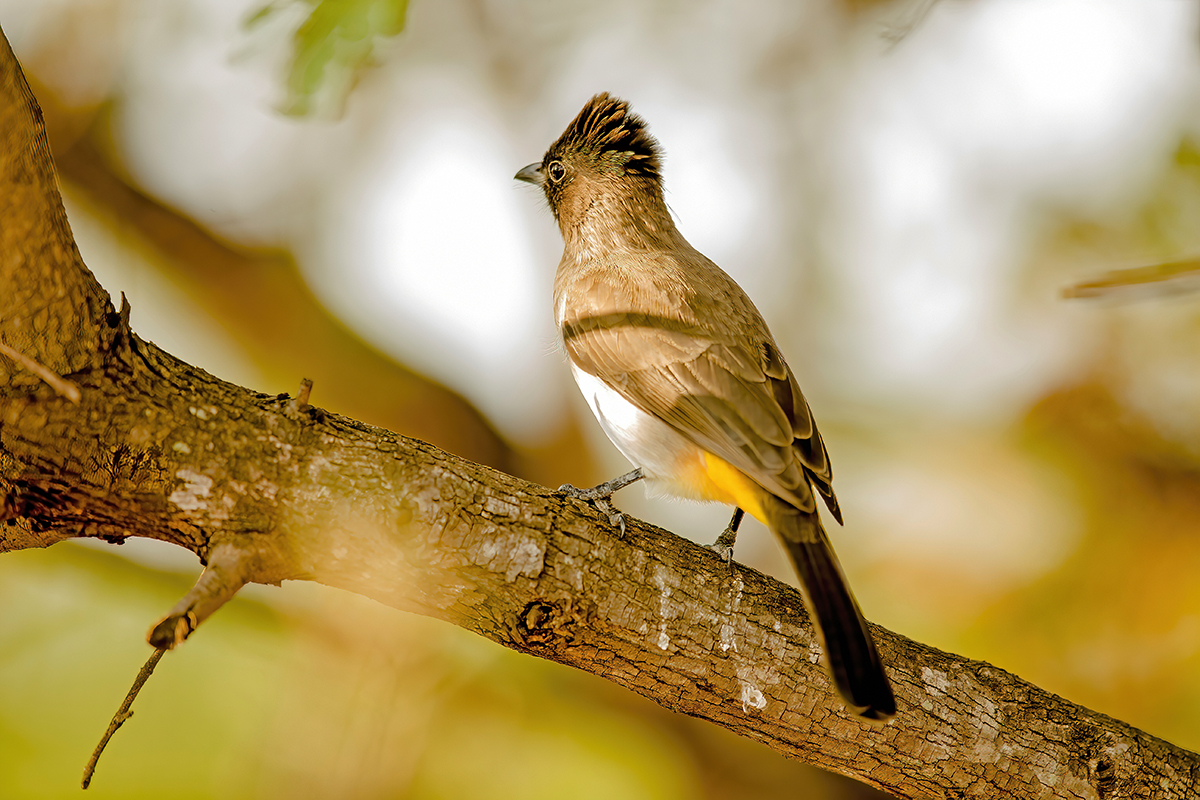 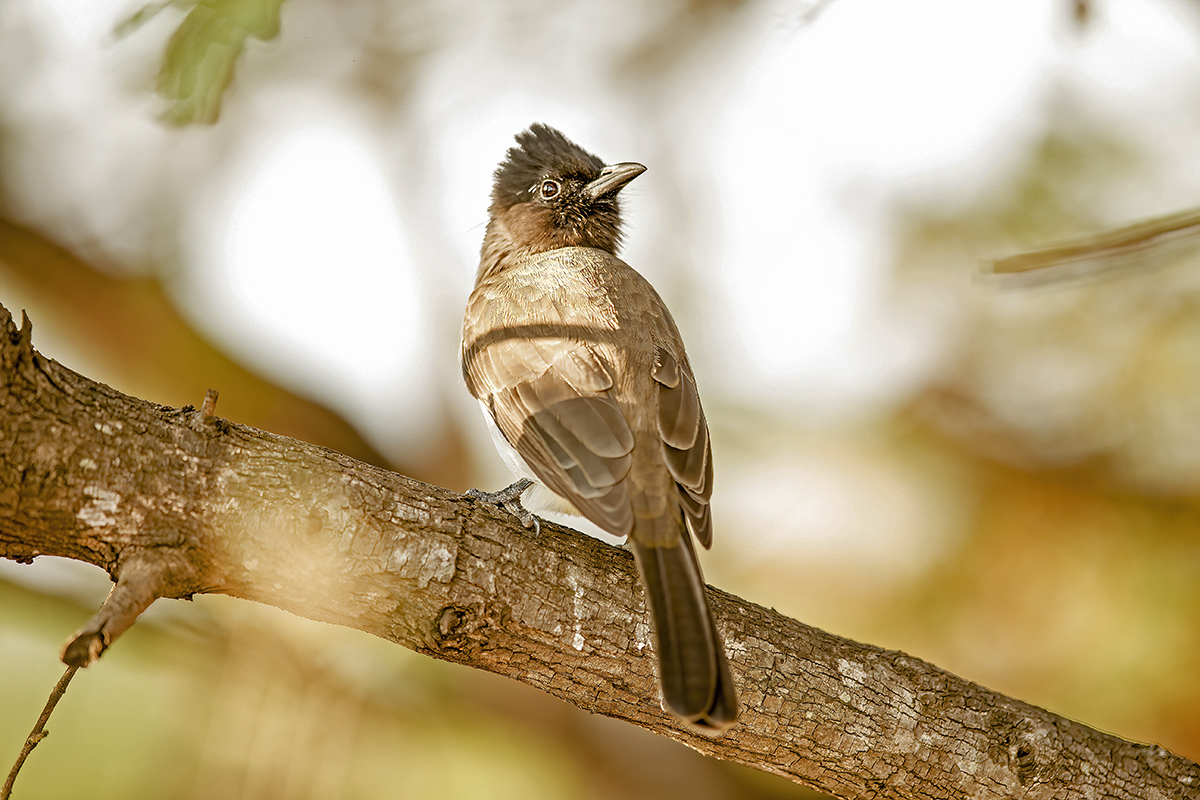 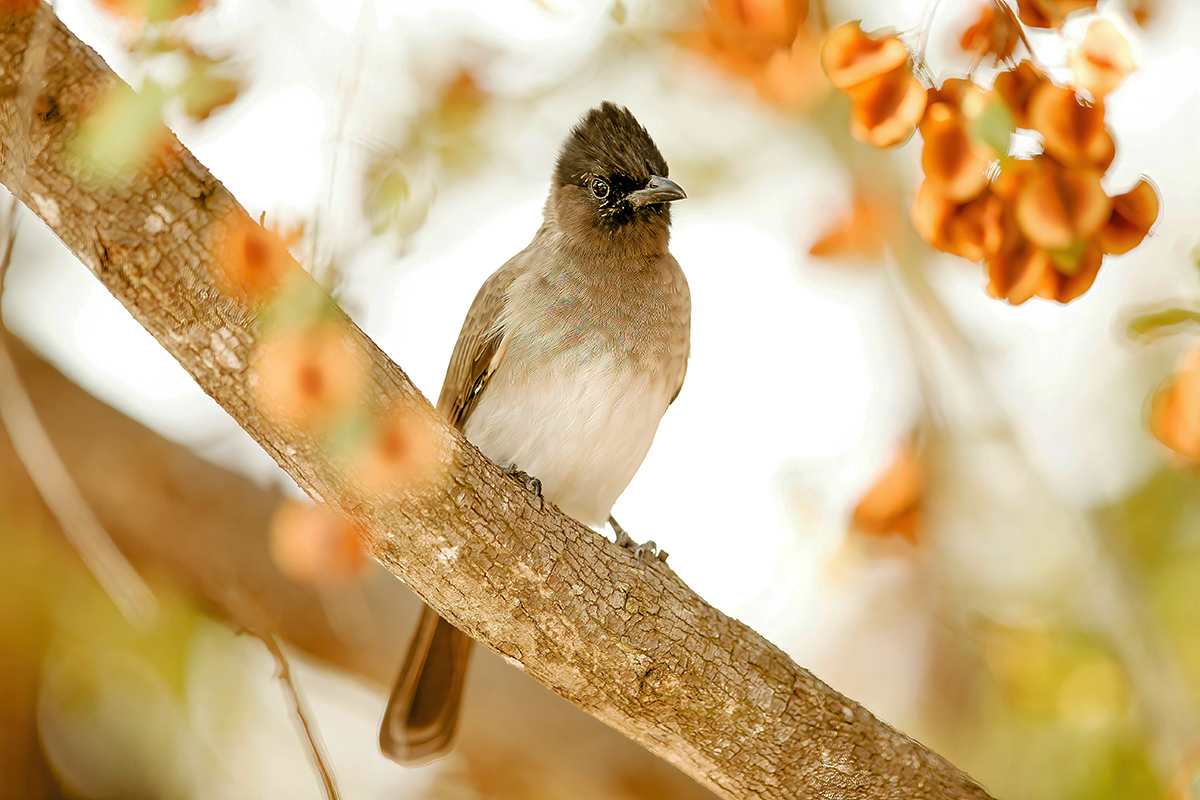 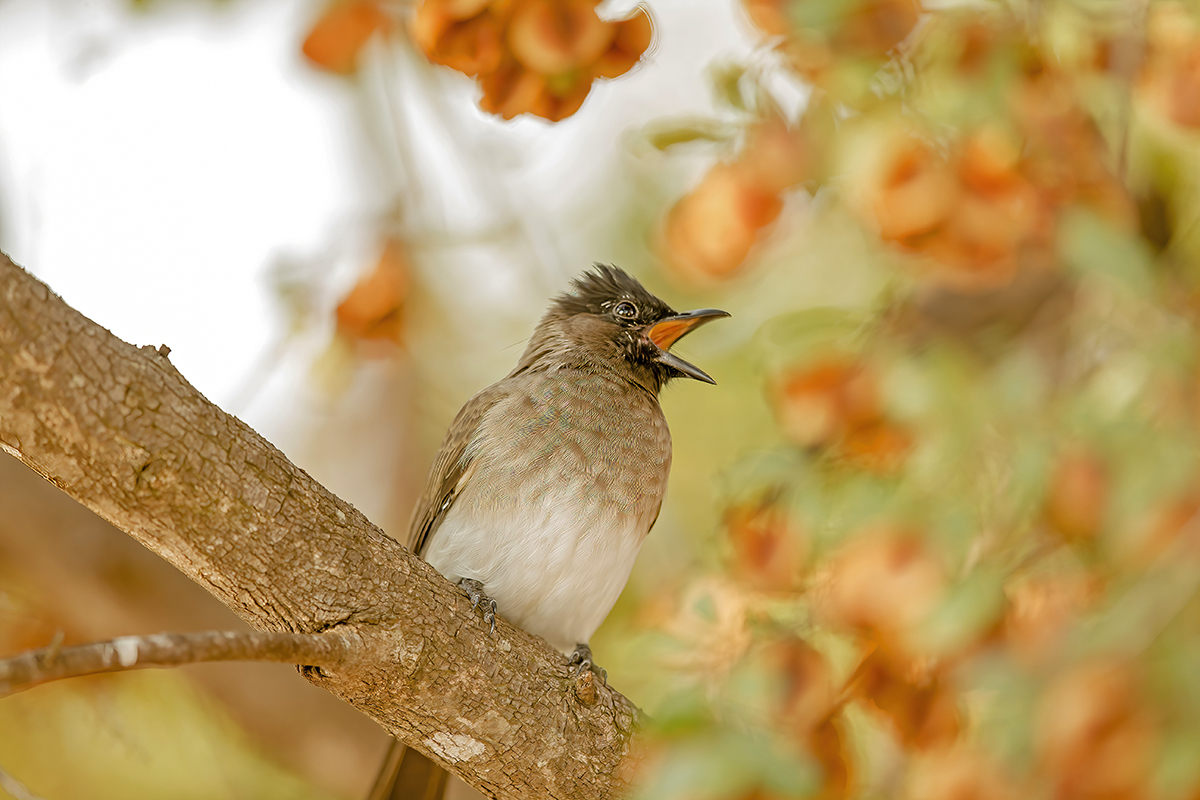