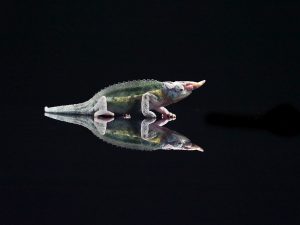 The rhinoceros chameleon (Furcifer rhinoceratus) is a species of chameleon that gets its common name from its horn-like nose which is most prominent in males. It is endemic to dry forests in Madagascar.

The male rhinoceros chameleon can grow to about 27 centimetres (11 in), about twice as big as the female. The male’s proboscis-like snout projects forward above its mouth and gives it its common name. The female has a smaller snout. On the top of the head, there is a small crest of triangular, projecting scales, and a further crest runs partway along the spine. The general colour is grey or light brown with a few darker-coloured transverse bars. The snout is often bluish, the lips pale and a white line runs down each side of the animal. Females are similar in colour but when they are carrying eggs, they turn purple with black bands and an orange or red tail.

The rhinoceros chameleon is usually a tree-dweller and catches insects by flicking out its sticky tongue with great rapidity. The male guards a territory and probably uses his long snout to do battle with other males. Little is known of the breeding habits of this chameleon but in captivity, the female lays clutches of four to eleven eggs which take about forty-one weeks to hatch into miniature chameleons. 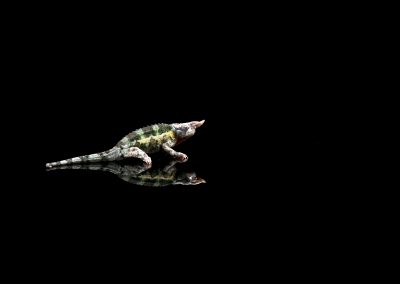 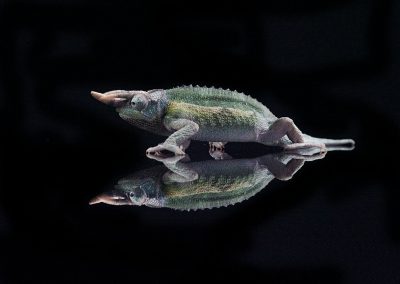 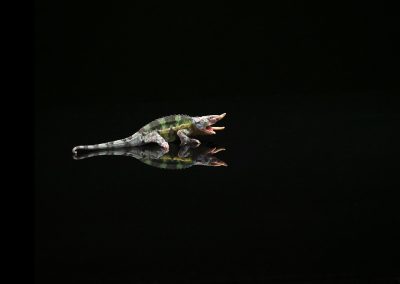 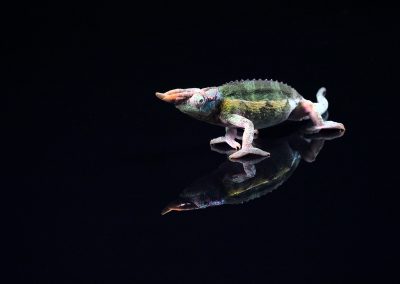 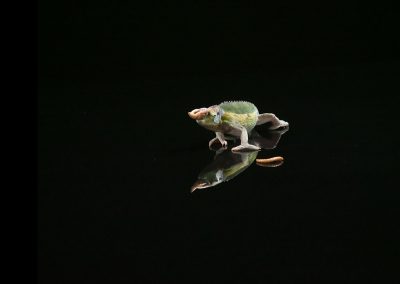 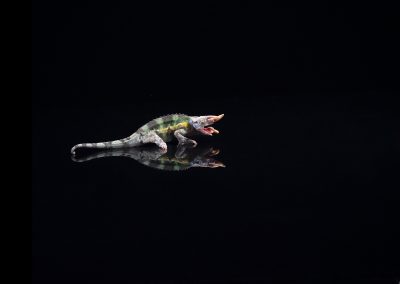 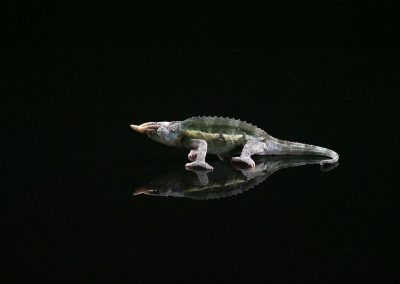 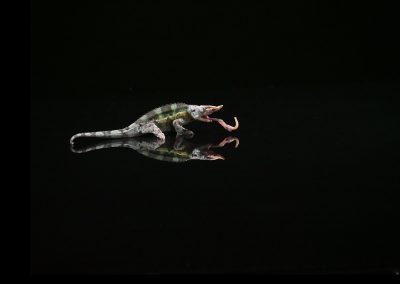 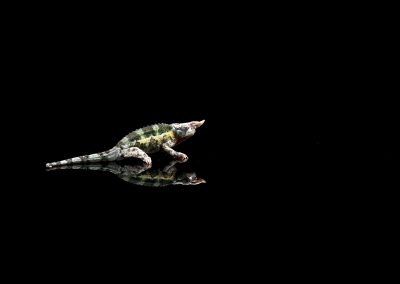 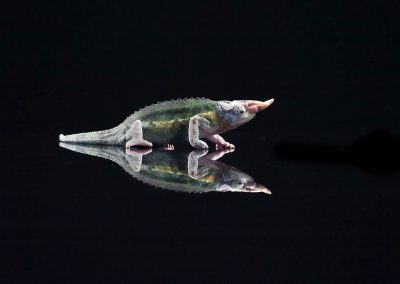 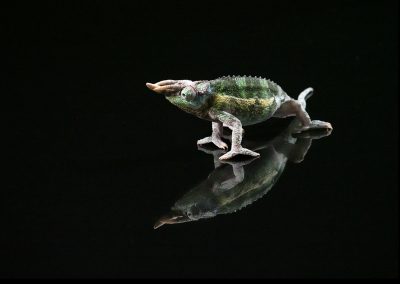 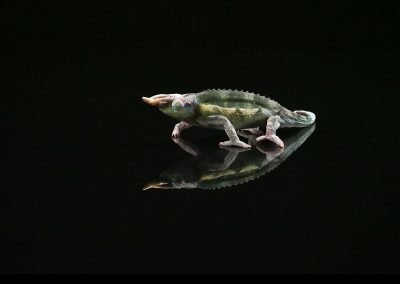