Genets are long, lean carnivores that appear catlike with a tail usually as long as (if not longer than) the body. There are approximately 14 species identified all of which vary in appearance and habitat. The small-spotted genet, found in more arid regions, is recognized by a prominent dorsal crest running from shoulder to tail. Its spots are round and elongated. The forest genet lacks a dorsal crest and has a coat with spaced-out, elongated spots. The large-spotted genet has a smaller dorsal crest than its small-spotted relative and is the most widely distributed of the three species. All species have retractable claws adapted to climbing and catching prey. 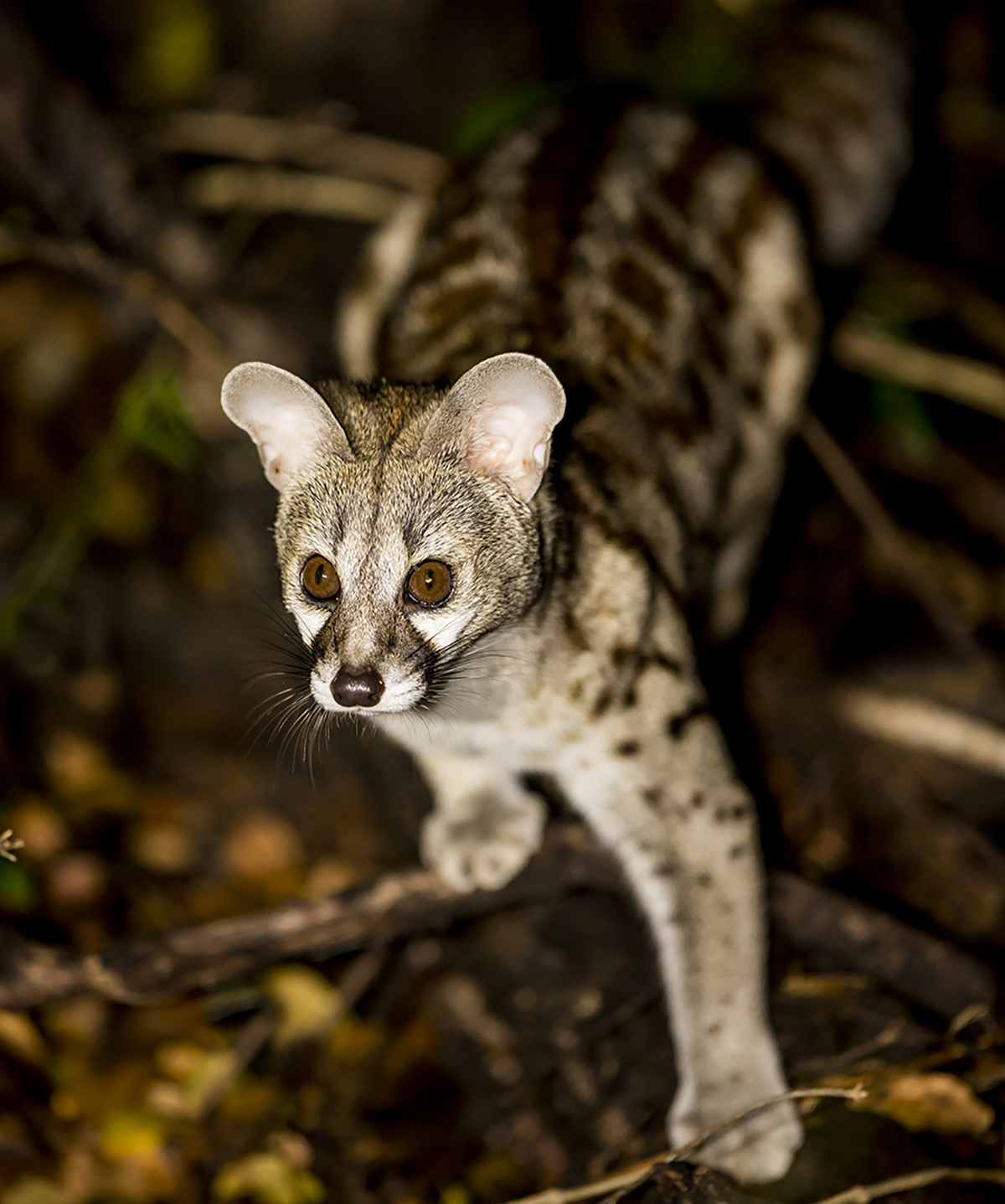 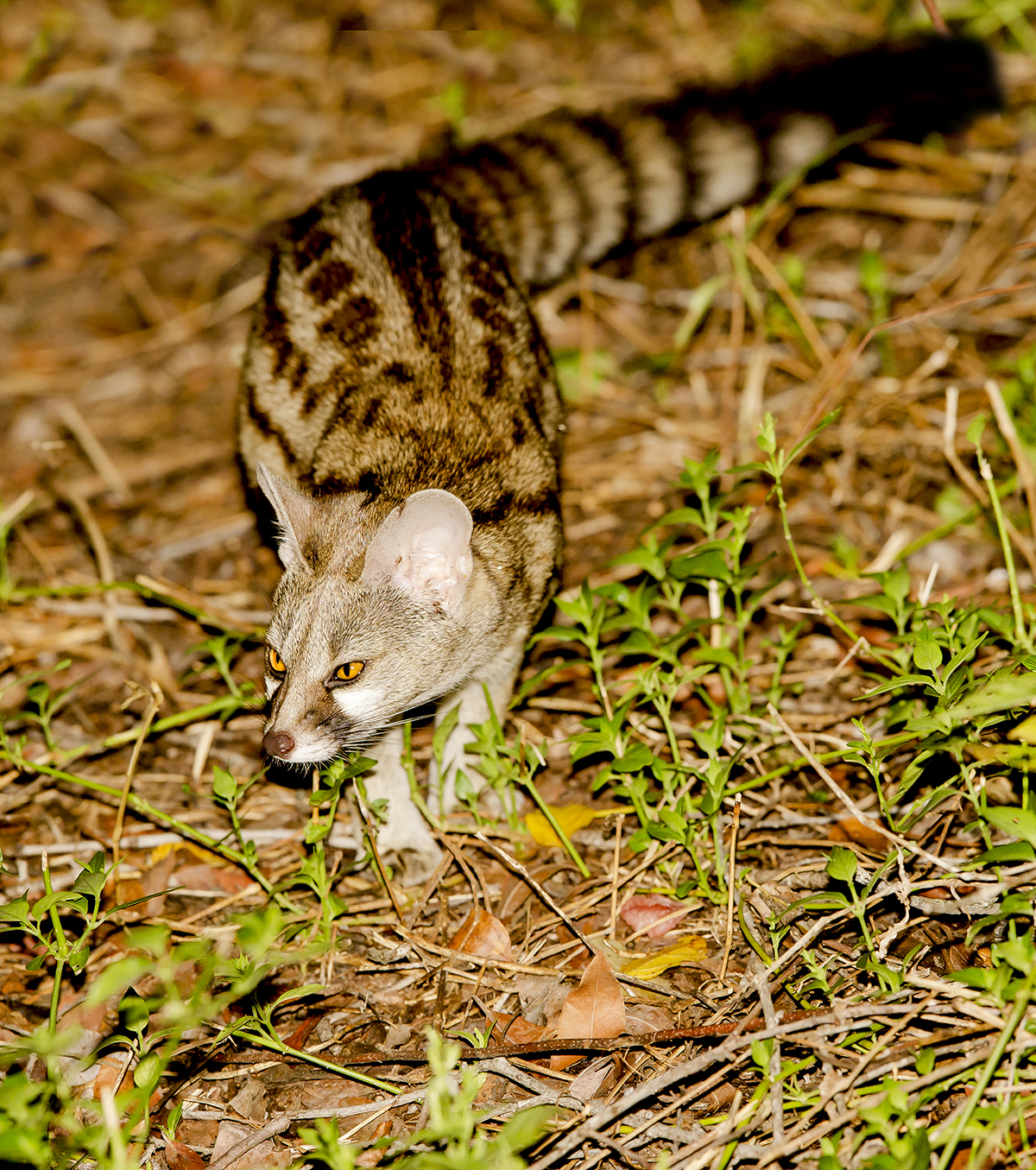 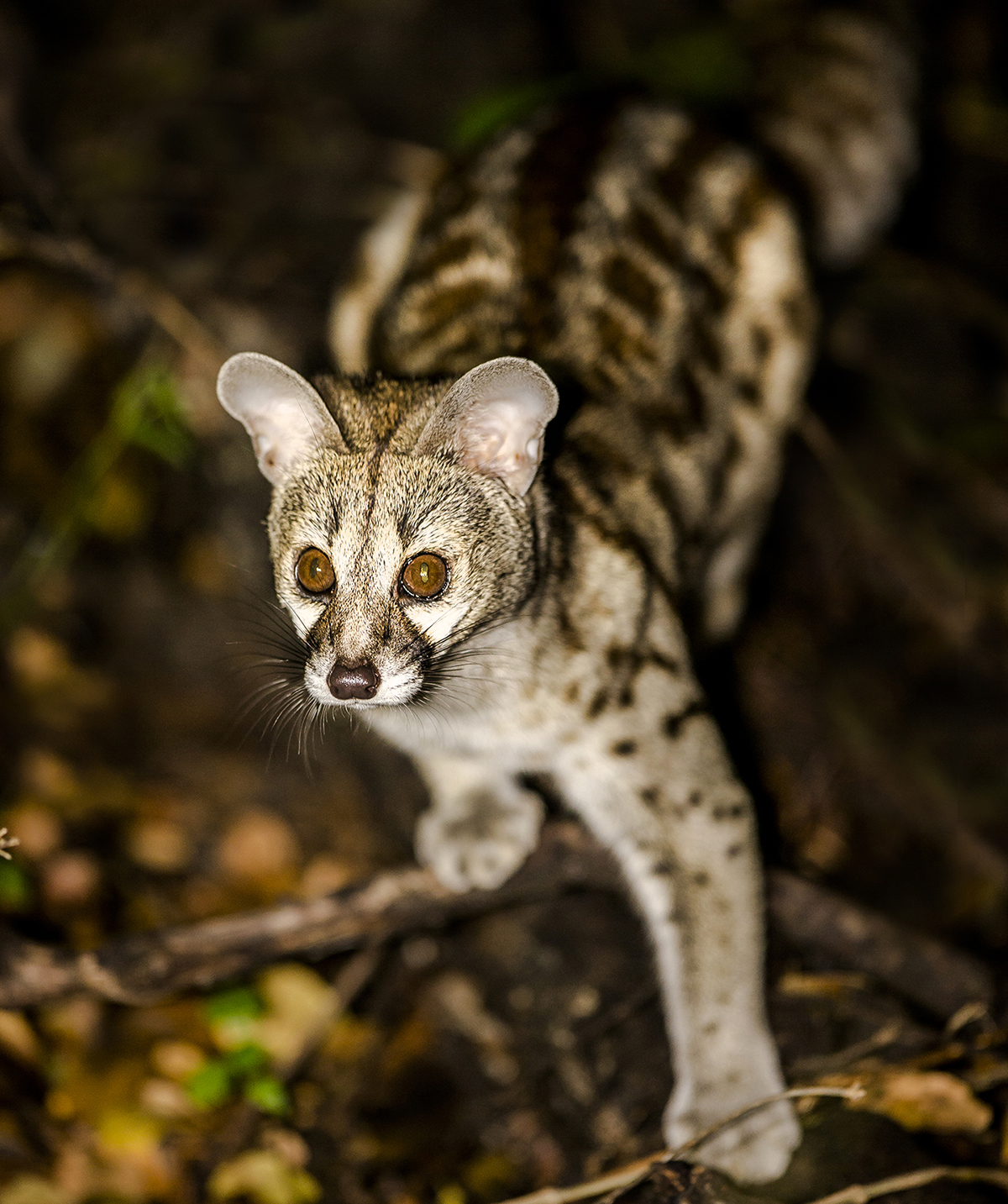